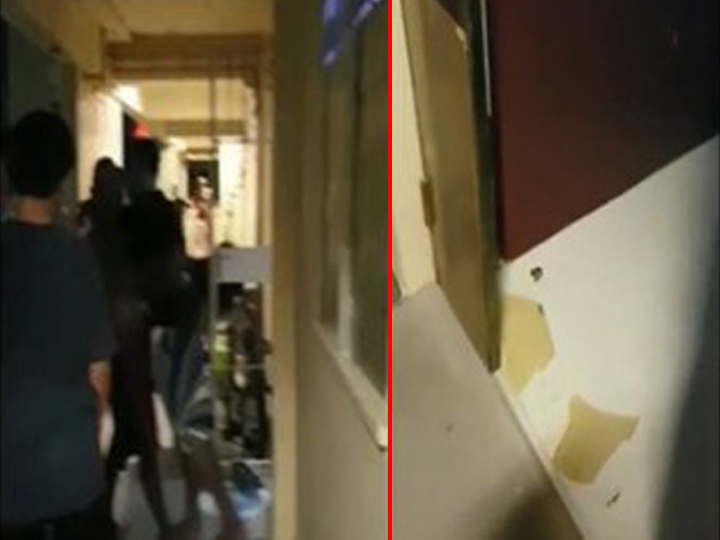 A female Lorong Lew Lian resident has grown frustrated as she waits for authorities to take action against a neighbour of hers whom she claims has been an incessant nuisance.

She said that no action has been taken against him despite her calling the police, and the HDB hasn’t replied to her complaints.

The nuisance neighbour apparently stays on the 6th floor of Block 8 Lorong Lew Lian, and reportedly has been getting into quarrels with other residents of the block since August last year.

In one incident (pictured above), this female resident said the nuisance neighbour broke the glass panels fixed to the iron gate of her flat.

She took a video of the man aggressively confronting her, although the reason why he did so is unclear.

Her husband (in blue shirt) was trying to fend him off with a pole, while other neighbours too tried to restrain him.

“He came charging at my man from the other end of the staircase. We have many neighbours as witnesses.”

The female resident believes the man is renting a flat there from the HDB.

The female resident said that her neighbour has been a constant thorn in her flesh.

She said he on New Year’s Day, he played and blasted prayers for two solid hours.

“Nobody prays like this. We do not believe that people pray this way. Luckily, nothing happened but we could not watch the New Year show on our TV.”