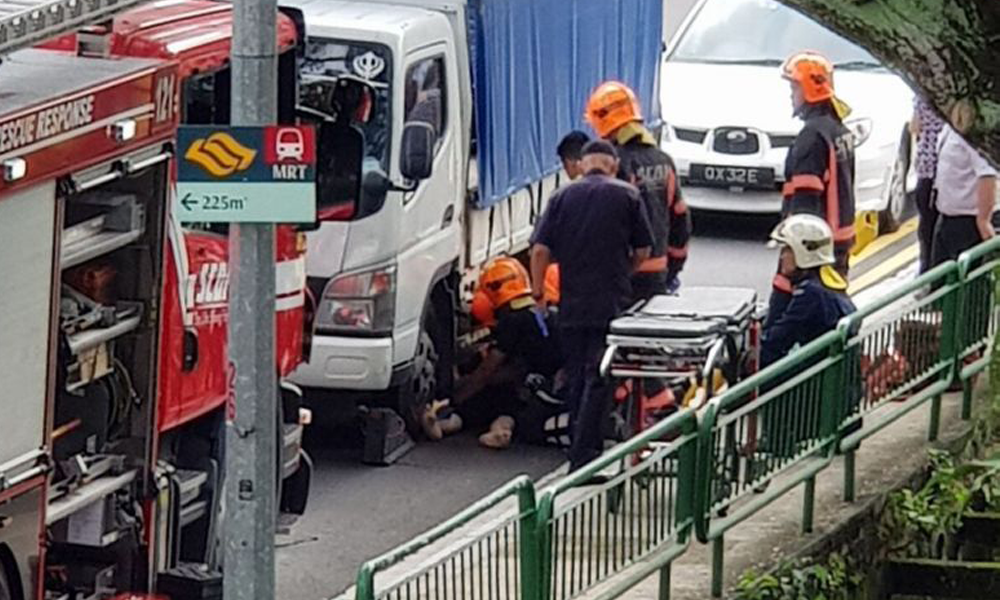 A 65-year-old aunty who was headed to the gym was run over by a lorry yesterday along Commonwealth Road.

Mdm Yin Ailai, was crossing the road when she was hit by the lorry.

The lorry driver said that things happened too quickly and he “could not stop in time” to avoid hitting her.

SSCDF officers had to pull Mdm Yin out from under the lorry.

She reportedly suffered serious injuries and was rushed to hospital unconscious.

A helpful passer-by who witnessed the crash helped call Mdm Yin’s son, who then hurried to the hospital.

Describing his mother’s condition, he said:

“She has abrasions on her arms and her head is bruised. She’s still in a coma, it does not look good.”