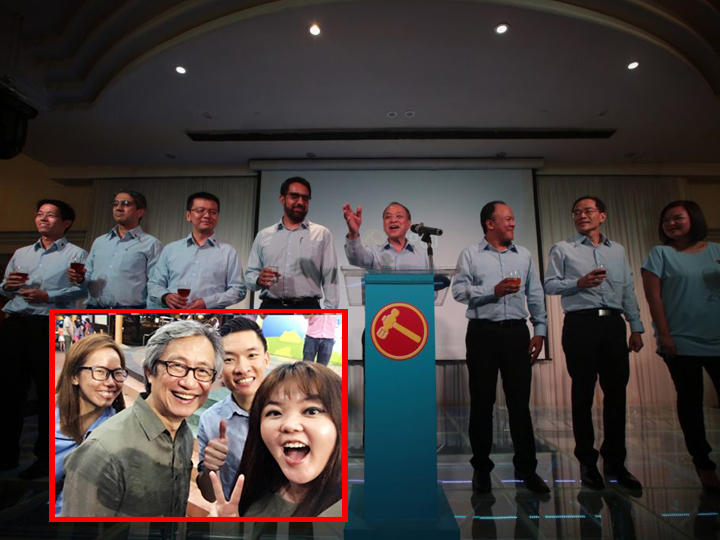 Workers’ Party secretary-general Low Thia Khiang announced to a shock crowd at the party’s 60th anniversary dinner last night that he will not seek re-election as WP chief next year.

He said he was leaving the post after 17 years having achieved 2 goals which he had set out for himself – electoral success and party renewal.

It appears that Low’s decision is aimed at having a younger generation of WP members take leadership of the party, including the secretary-general position.

“Today, the Workers’ Party has a new breed of younger politicians who are well-positioned to take over the party leadership. These younger leaders have formed a cohesive team, and they connect well with our growing party and grassroots networks, which are made up of diverse members and volunteers, reflecting our diverse society.

It is time for these younger leaders to step up to the steering wheel. Remember that the Workers’ Party is just a vehicle for the voice of the people to be heard. This voice is getting complex and more diverse. We now have a team of younger leaders who are ready to drive the party forward, to continue this walk with Singapore.”

But if the WP’s Central Executive Committee election of 2016 is anything to go by, it appears that 54-year-old Chen Show Mao might be the one to replace Low.

Chen scored 45 votes to Mr Low’s 61 at the election for the post of secretary-general, giving Low a slim winning margin of 57 percent of the total vote.

It was the first time that Low faced a contest for the post.

Three months after that, Chen resigned as party treasurer for reasons uncertain.

He remains a member of the WP CEC.