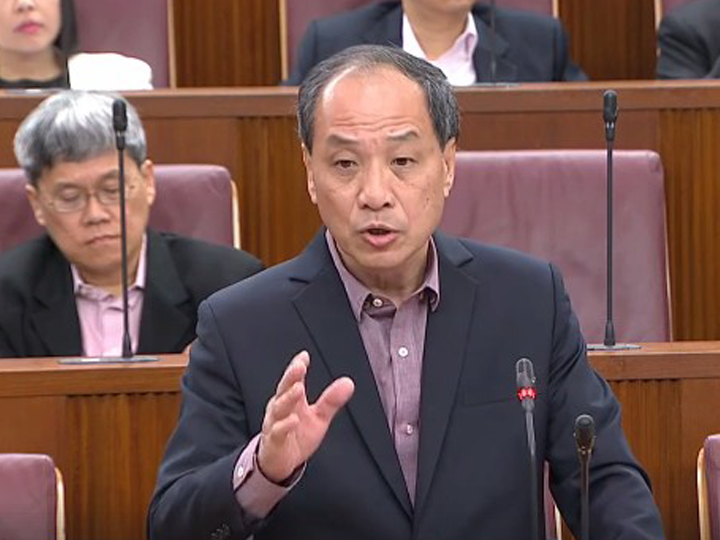 Speaking in parliament yesterday, the MP for Aljunied GRC said that the government has a hidden agenda in trying to push through the Protection against Online Falsehoods and Manipulation Bill.

He said in Mandarin:

“To introduce such a bill is not what the government claims to defend democracy and public interest, it is more like the actions of a dictatorial government that will resort to any means to hold on to absolute power.”

Low said that the Bill, which calls for ministers to be given powers to determine what are online falsehoods, effectively makes the government both player and referee during a game.

This, as the definition of online falsehoods in the Bill is vague – “a statement is false if it is false or misleading, whether wholly or in part, and whether on its own or in the context in which it appears”.

“How can we be sure that the ministers from the ruling party will not manipulate opinions and spread falsehoods in order to win elections?”

“Will the government show its true colours (after the law is passed)? For example, if I say the Pioneer and Merdeka Generations packages are to buy votes, is this opinion or information?”

Low said the that Bill, if passed into law, will curb freedom of expression and compel people to protect themselves by engaging in self-censorship.