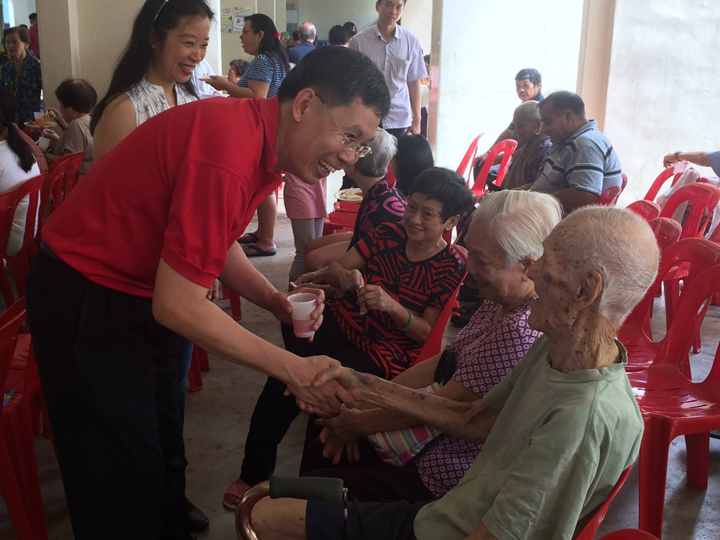 Just earlier this month, he was “extremely worried” following the worst-ever train breakdown in history that saw much public anger directed at the SMRT and the LTA.

This, especially amongst the 250,000 commuters whose travel was disrupted.

Now, Lui has gotten emotional again after news broke about the carving up of Moulmein-Kallang GRC.

Apparently, he’s become pretty fond of the residents there and will “miss them dearly”.

But will residents miss Singapore’s Transport Minister and Second Minister for Defence?

Some have expressed words of support on Mr Lui’s Facebook page.

Mr Lui says he has an idea of what the future holds for him, but will reserve comment until an appropriate time.

“Regarding the boundary changes, we know that Moulmein is being divided up and it will join different GRCs. For me of course there is a sense of disappointment because I have been with the residents for so many years already and I’ve become very fond of them and I will miss them dearly.

I know that for the grassroots leaders, the volunteers, even the branch activists, this will come as a surprise and will also be a huge disappointment to them, but we have to understand why this is happening.

So I hope that the residents and all the volunteers can see it in that light but most important of all, we must continue to serve those whom we have been serving all these years, and do our best for them, reach out to them as much as ever before. When they join the new advisers in the different constituencies in time to come, bond with the new team; like how we have been able to build a cohesive and responsive team over the last 10 years.

I’ve been really privileged, really blessed to serve alongside a very dedicated team. I’ve benefited much from their counsel, their hardwork, but most of all from their friendship. So I leave with a sense of sadness.

As for me, what is going to happen, well, I have some ideas of what the possible plans are but I’m sure you’d understand that this is not quite the right time for me to talk about it.”