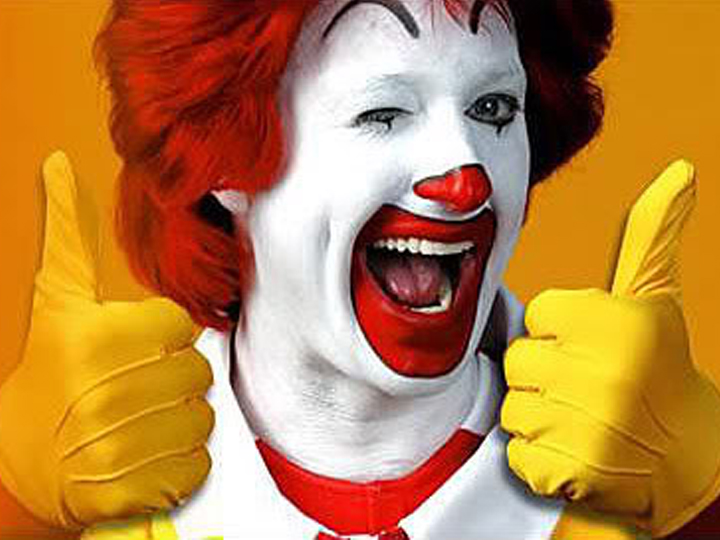 Looks like Ronald MacDonald himself couldn’t jolly his way out of this one.

MacDonald’s has apologised for an incident at its Toa Payoh outlet, whereby an elderly lady was openly mocked for asking another customer to buy her a meal.

That customer, Ms Si Ti, took to Facebook to vent her anger at the shabby treatment of a senior citizen by MacDonald’s staff.

Many demanded an explanation from the Golden Arches.

MacDonald’s says it has disciplined its staff for their behaviour:

“Firstly, let us be the first to acknowledge that our crew could have managed this better. Their actions were contrary to our customer service policy. The crew members involved have been counselled and disciplinary action has been taken. In our discussion with them, the crew have also realised that under no circumstances should they raise their voices at a customer – and they have expressed remorse over the incident.”

“The elderly lady mentioned is a frequent visitor to our restaurant… There, she typically asks customers to buy her meals, moving from one person to another repeatedly asking customers until she gets a meal. We have spoken to her, politely, about this on several occasions.

“Moving ahead, our restaurant team has since been reminded to offer her a seat and hot drinks when she next visits.”

Still, MacDonald’s says it will treat this latest clash as a learning point, and will avoid a repeat of such incidents.