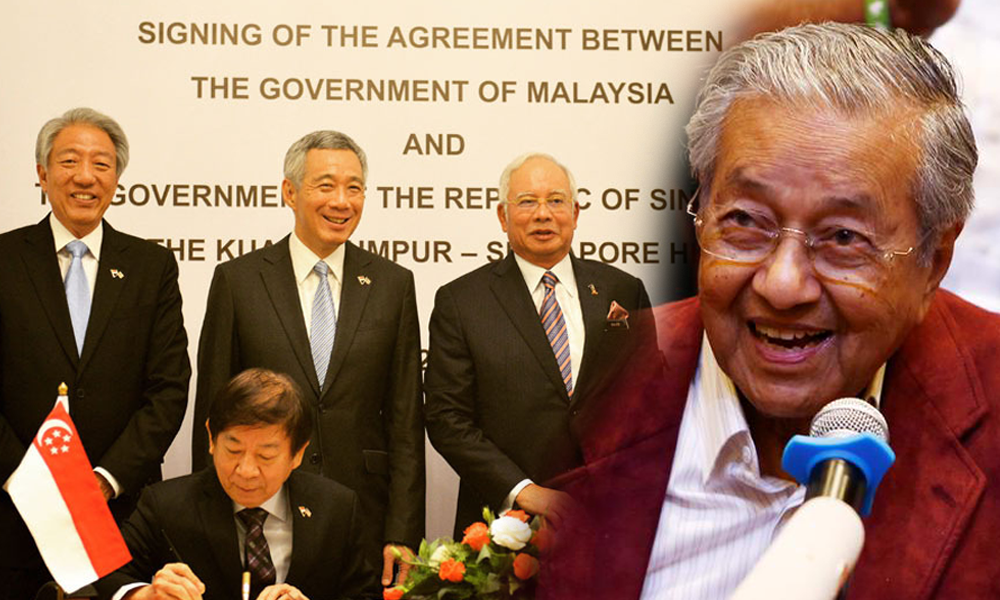 Malaysian Prime Minister Mahathir Mohamad has called the Kuala Lumpur-Singapore High-Speed Rail project “unnecessary” and is looking into ways to scrap the project.

Dr Mahathir said that scrapping the project would be part of a set of moves aimed at alleviating Malaysia’s trillion-dollar debt situation.

“We need to do away with some of the unnecessary projects, for example the high-speed rail, which is going to cost us RM110 billion (about S$37 billion) and will not earn us a single cent. That will be dropped.”

Construction is expected to cost US$15 billion (about S$20 billion), with the rail system expected to be completed by 2026.

Dr Mahathir said that the HSR project was one of several high profile but “unnecessary” government projects aimed at boosting Mr Najib’s popularity.

“Mostly it was about trying to make the prime minister popular and it cost billions of dollars.”

Dr Mahathir said that the Malaysian government will have to “talk to Singapore” about dropping the project.