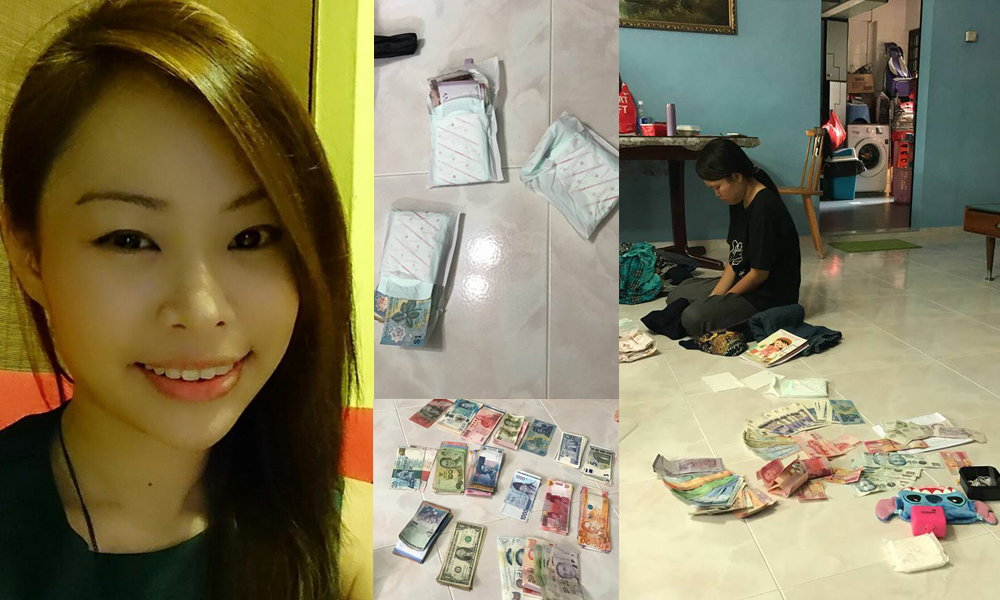 A maid has been accused of stealing money from her employer, then hiding it in sanitary pads which she reportedly stole too!

Dol Chew said that her Indonesian maid stole cash and other items despite only being one month into the job:

“She literally wiped out my whole room and everyone lost something… Like Listerine… Green tea… and she stole my cousin’s pads to keep the cash!”

But the maid’s alleged thieving ways were uncovered one day when she suddenly floated the idea of going home to Indonesia:

“She wanted to go back to her country n told us her ‘aunt’ will compensate the agency. The following week, she was caught leaving the house in d morning n that made us suspicious of her behaviour. We were totally uncomfortable, which prompted us to keep our belongings. That’s when I found out I had lost so many items.

So we reviewed the CCTV and the neighbourhood shops around our area. Apparently she has been stealing from everyone in the house too. She stole my dad’s earphone and uses it like her own too.”

Unfortunately for the maid, she wasn’t banking on the house having a CCTV.

Chew says that this isn’t the first maid she’s hired, but she’s the first hired maid who turned treasure hunter!