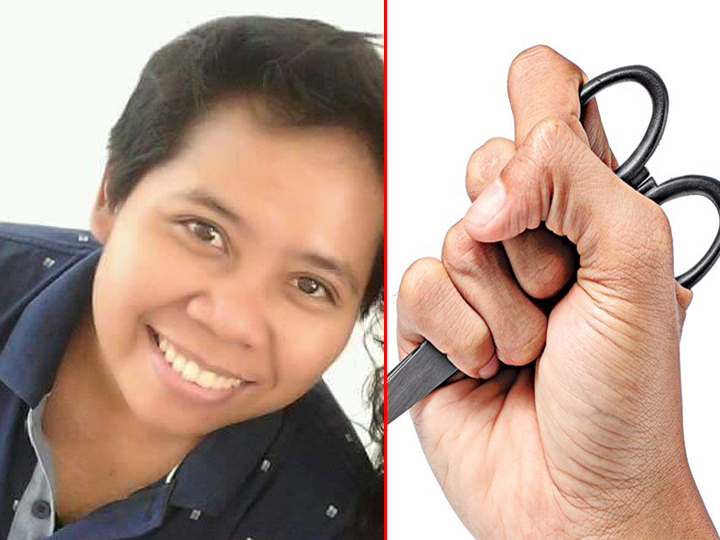 Indonesian maid Eko Alviah apparently is a robber with a morbid sense of humour.

The 30-year-old, in a bid to access and withdraw his bank account, threatened to cut off his nipple if he didn’t reveal his ATM card PIN with a pair of scissors.

After she got the information, she tied him up and sealed his mouth with duct tape.

When she found a box inside the drawer with 25 pieces of jewellery worth a total of S$2,648, she took them together with her passport.

Then, she stole S$100 that was on the living room table before leaving the Woodlands flat.

Eko tried to withdraw money using the ATM card but couldn’t do so.

She threw away the card and later boarded a ferry for Batam.

There, she sold the stolen jewellery for S$140 to the owner of a makeshift stall.

Following the incident, Eko remained in Indonesia for 7 months.

She was caught in in May this year when she tried to enter Singapore using a new passport to work for another employer.

Eko had worked for the family for about a year before her brazen robbery.

Investigations reveal that she had stolen from Chew before.

She has since been jailed for 4 years and 8 months in total after she was found guilty of robbery, criminal intimidation and theft as a servant.