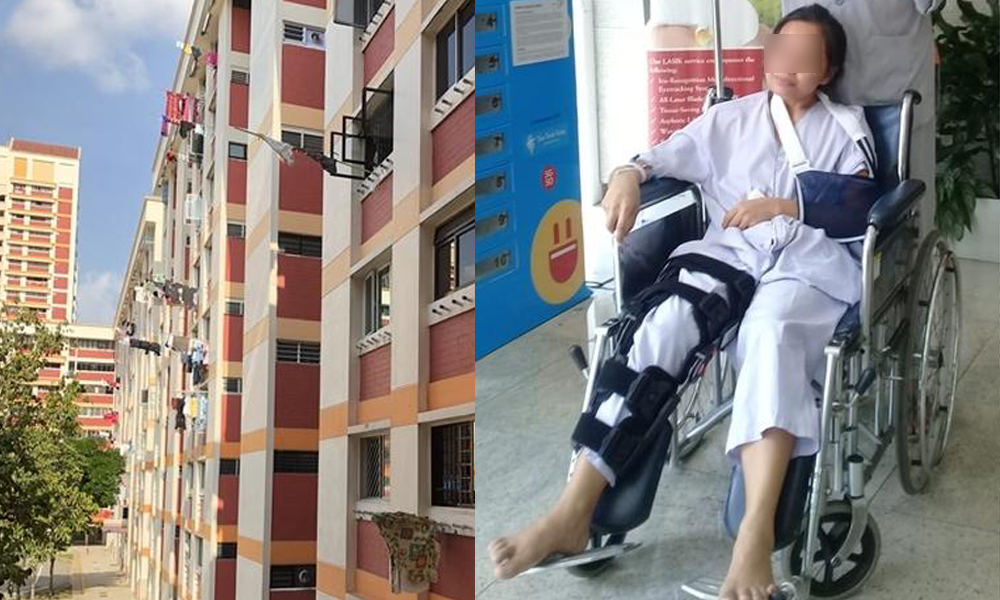 A maid who apparently tried to kill herself by plunging off the 4th floor of a flat unit in Bishan says she has no recollection of what happened.

At about 9am, eyewitnesses saw the Filipino maid lying at the foot of the block after falling from a flat unit on the 4th floor.

The maid sufferd a fractured leg and bruises on her arms and neck, and was sent to Tan Tock Seng Hospital.

She had been working for a year at the flat prior to the incident, of which she says has no recollection.

“My memory stopped the night before. I was preparing dinner then I have no idea what happened after that. When I woke up I was in hospital.”

The Embassy of Philippines in Singapore has been informed of the incident, and police investigations are ongoing.