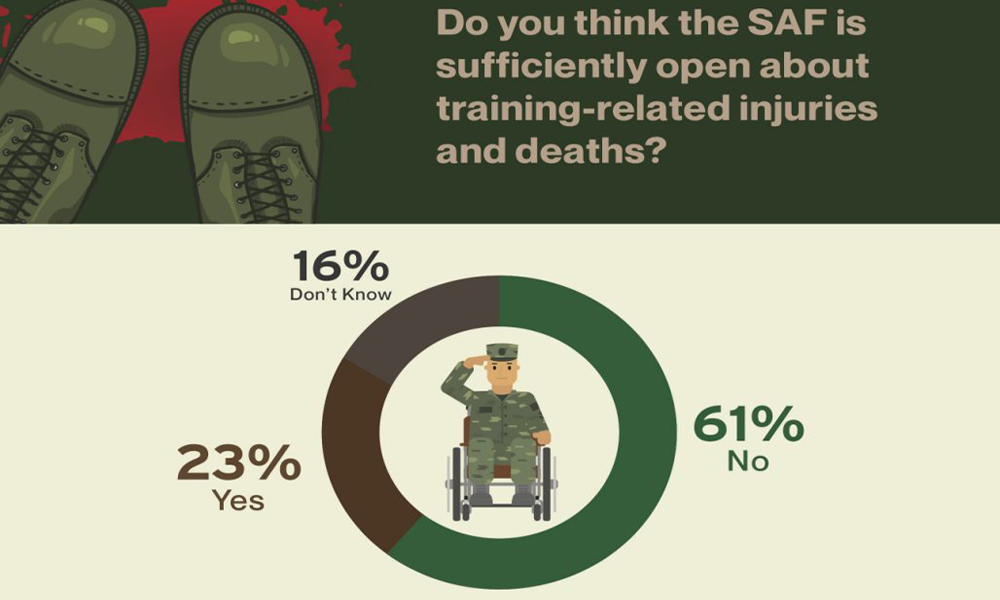 A majority of Singaporeans believe that the Singapore Armed Forces has been evasive when it comes to training-related casualties.

In a poll by Blackbox Research that was commissioned by Yahoo Singapore, 61 percent of respondents said “No” when asked whether they thought the SAF is “sufficiently open about training-related injuries and deaths”.

An overwhelming 85 percent of respondents said that the recent spate of national service training-related deaths has affected their confidence in the SAF’s ability to safely train soldiers.

The survey, which was conducted between 14-26 February this year polled some 908 Singaporeans.