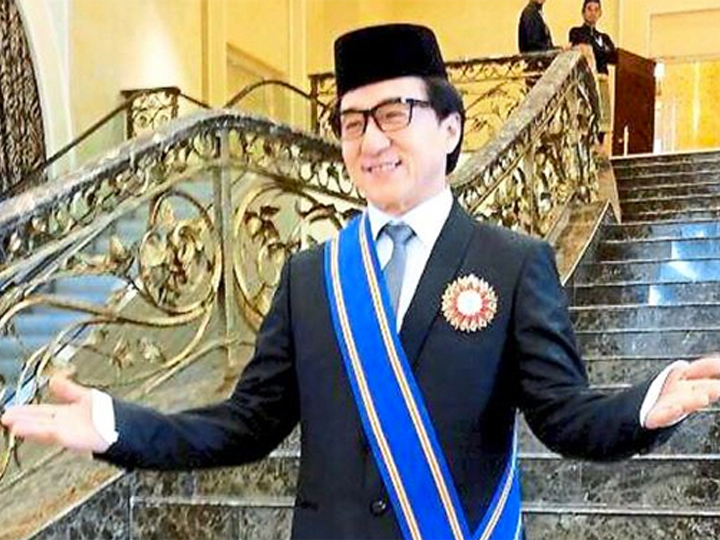 Silver screen super cop Jackie Chan is now a Datuk! He was conferred the Panglima Mahkota Wilayah, which carries the title Datuk, during a ceremony on February 1 at Istana Negara in Malaysia.

The 60-year-old, whose birth name is actually “Chan Song Kang”, received his Datukship in a suit and black songkok, a traditional Indonesian cap, on Sunday in conjunction with Federal Territory Day.

Chan was among 71 other recipients who were awarded the honorary title of Datuk on Sunday.

“Many distinguished persons’ academics, businessmen and politicians have honorary titles conferred on them by the King of Malaysia or the Sultan of their State. These titles such as Dato’, Datuk or Tan Sri are equivalent to the British ‘sir’ and should always be used in written or verbal addresses. For example, Dato’ Razak bin Osman would be used in the written form but in introducing him, you would refer to him as Dato’ Razak.”

Bollywood actor Shah Rukh Khan is also a Datuk and was the first Indian movie star to be conferred the title, while actress Michelle Yeoh was awarded the title Tan Sri back in 2013.