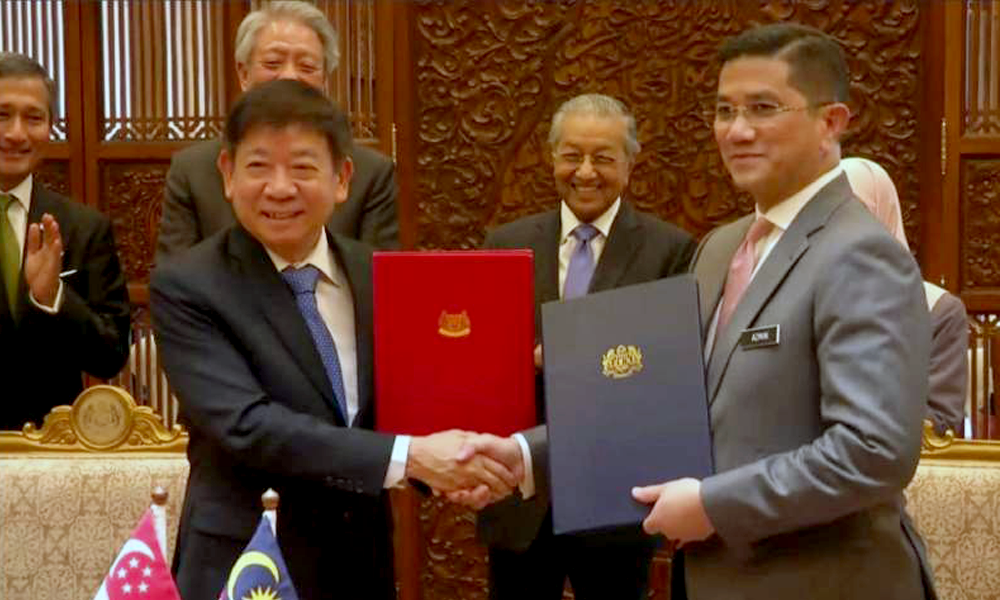 What appears to be a victory for Singapore has led to questions about whether taxpayers’ money is being well-spent.

An agreement was inked today between Malaysia and Singapore regarding the High-Speed Rail (HSR) linking Singapore to Kuala Lumpur.

Malaysia has also agreed to pay Singapore S$15 million for the postponement of the development.

Both countries will also call off the ongoing international joint tender for an assets company to operate the 350km line due to the suspension.

The move seemingly marks an end to the tussle between Singapore and the new Malaysian government administration under Dr Mahathir Mohamad over whether the HSR project will be scrapped.

Just months back, Dr Mahathir announced that Malaysia would be scrapping the project.

With Singapore already spending S$250 million on the project, the Singapore government expects to pump in an additional S$40 million by the end of 2018.

Naturally, the Singaporean public has raised questions over what would happen if Malaysia decides to pull out of the deal after the postponement.

Taxpayers’ money aside, many are concerned as to the land use and diversion of utilities for the HSR.

The HSR deal was signed between the Singapore government and Malaysia’s former Barisan Nasional government in 2016.

At the time, former Malaysia Prime Minister Najib Razak was plagued by corruption allegations and he was eventually dethroned by the Malaysian electorate.