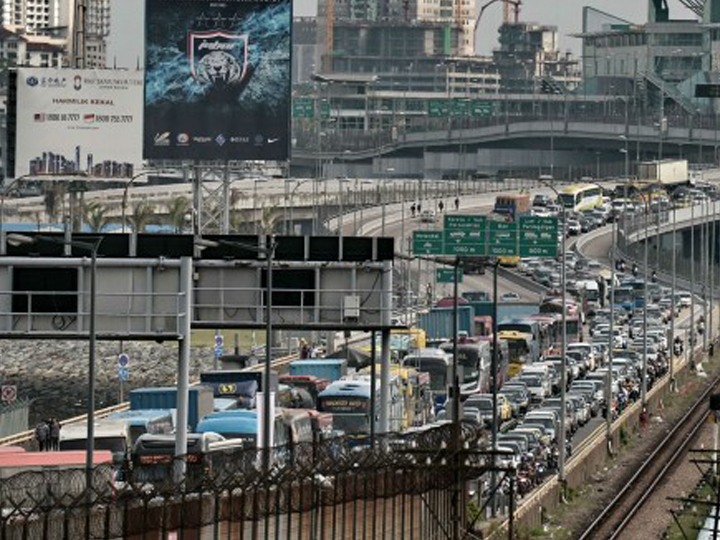 About 20,000 Singaporean vehicles enter Malaysia every day via the Causeway and Tuas Second Link.

With the new RM$20 (S$6.60) Road Charge levied by Malaysia, which took effect yesterday, it means some S$3.96 million going into Malaysia’s public coffers every month.

That isn’t including the checkpoint toll which Singapore vehicles currently have to pay.

All in, a Singapore car going to Johor and back will incur over S$19 in tolls and fees.

But there’s more gloom on the horizon – it’s unclear if Malaysia will roll out it’s long-awaited RM$20 (S$6.60) Vehicle Entry Permit charge, which has been postponed several times since the idea was first mooted in 2006.

Singapore authorities have called the new Road Charge discriminatory and say they will hit back.

But Malaysia’s Transport Minister Liow Tiong Lai says it’s not discrimination as the Road Charge will also affect vehicles at its borders with Thailand, Brunei and Indonesia.

He added that “Singapore has been charging RC on us for decades. We are only about to start now.”

What Mr Liow was referring to is the S$35 Vehicle Entry Permit fee that Singapore currently imposes on foreign-registered cars entering the country.

Each vehicle is given 10 free days a year and there are no charges during the weekends, or during 5pm to 2am on weekdays.

Singapore transport authorities have said they plan to match the new Road Charge that Malaysia has implemented, though no further details have been released.