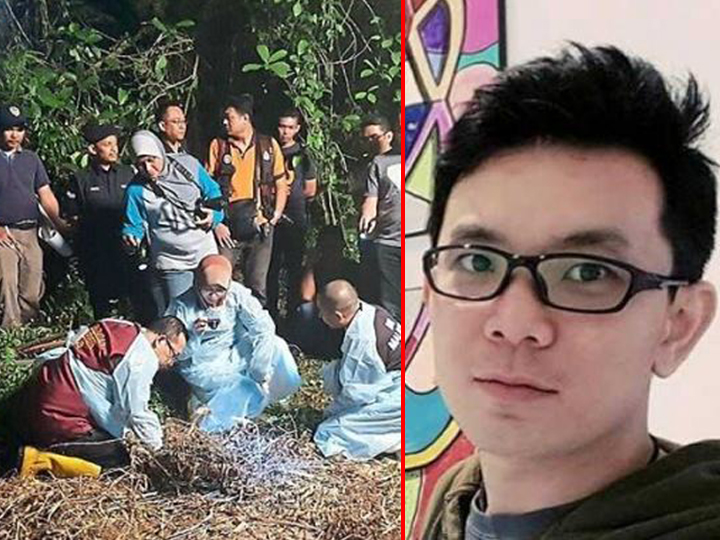 A Malaysian man who was working in Singapore is believed to have been killed because he courted a girl who was in a relationship with another man.

The last sighting of him was from CCTV footage which showed him leaving his home in Taman Dato Chellam Ulu Tiram in Johor Bahru at about 5pm.

Tan’s body was found at around 6pm buried in a forest near Kulai, beside the northbound of the Second Link Expressway.

Burn marks were reportedly found on his body.

A 22-year-old woman and a 32-year-old man have been arrested for their suspected involvement in Tan’s death.

“The couple abducted the victim without asking for a ransom from his family, and we believe that the motive for the abduction and murder was jealousy and revenge.”

Tan, a Penang native, from Penang, was the only son among five siblings and started working in Singapore about two years ago.

When he didn’t show up and for and couldn’t be contacted, his employer in Singapore also lodged a police report.