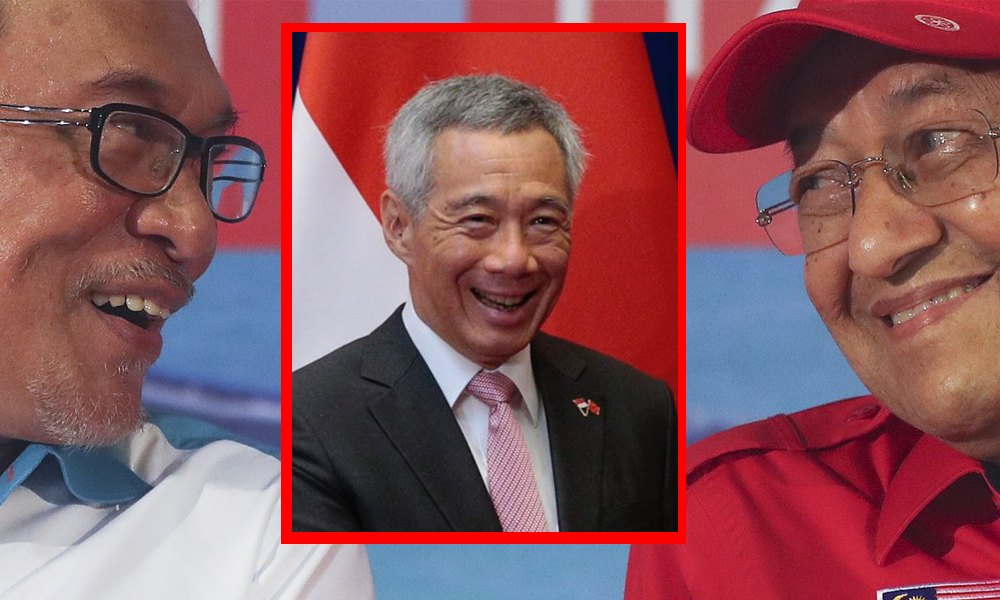 Posting on Twitter, Mr Anwar said yesterday that he met with Dr Mahathir agreed on the same strategies regarding Singapore, in addition to other domestic issues including the economy, poverty and inequality.

Mr Anwar, whose wife is current Malaysian Deputy Prime Minister Wan Azizah Wan Ismail, has been designated as the successor to Dr Mahathir. 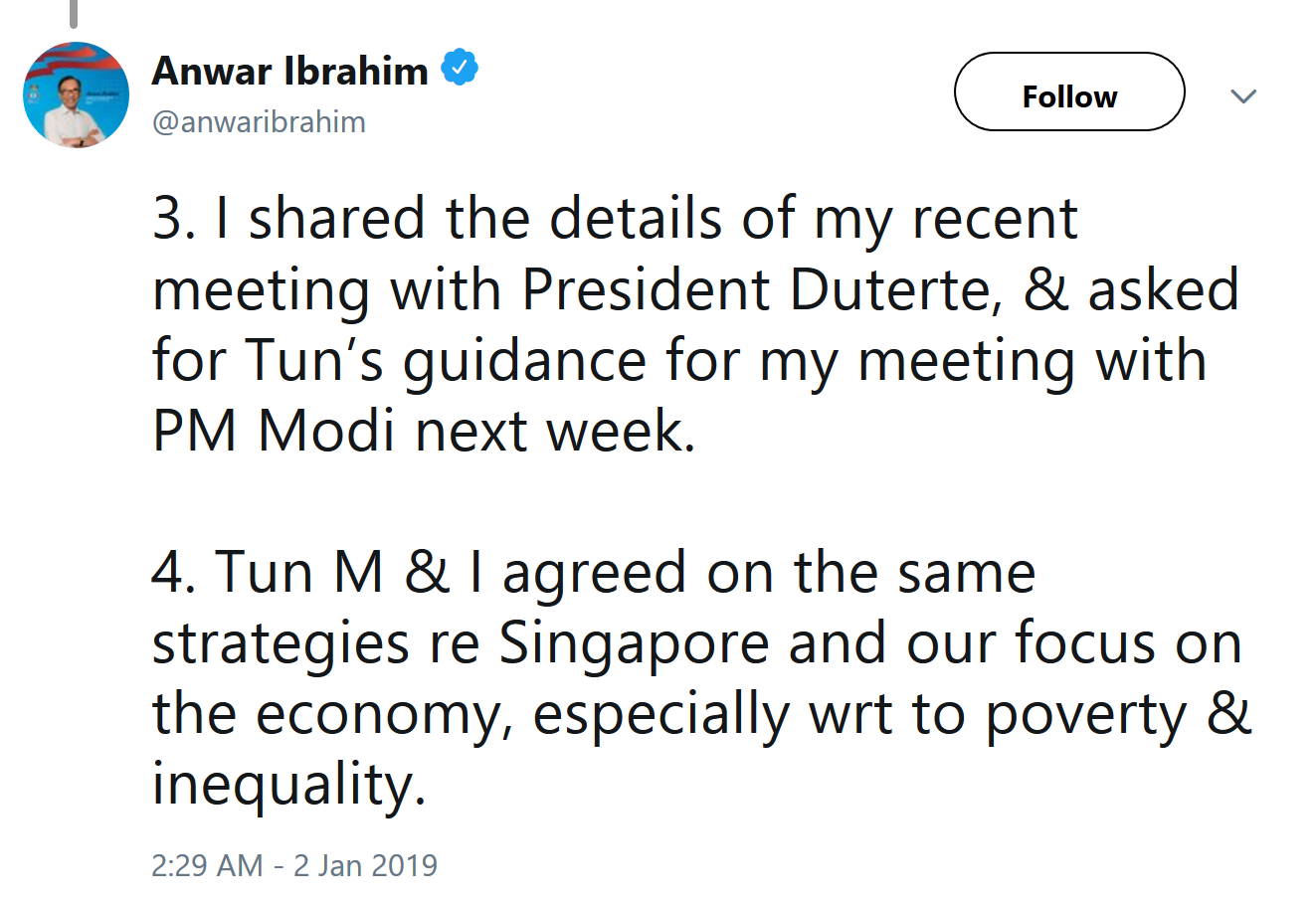 The Malaysian sign of solidarity spells trouble for Singapore leaders, as the 2 nations sort out disputes over the southern Johor airspace and maritime boundaries in waters off Tuas which have recently been re-opened.

Foreign Ministers of both Singapore and Malayasia, Dr Vivian Balakrishnan and Mr Saifuddin Abdullah respectively, will meet in Singapore next Tuesday (8 Jan) to find a resolution to the disputes.

The Singapore government, which initially adopted a no-nonsense hardline approach against perceived intrusion into domestic waters by Malaysian vessels, has since softened its stance ahead of bilateral negotiations.

Malaysia, which earlier called for diplomatic dialogue, adopted a more aggressive footing yesterday (2 Jan) by implementing a permanent Restricted Area for military activities over the airspace in Pasir Gudang.