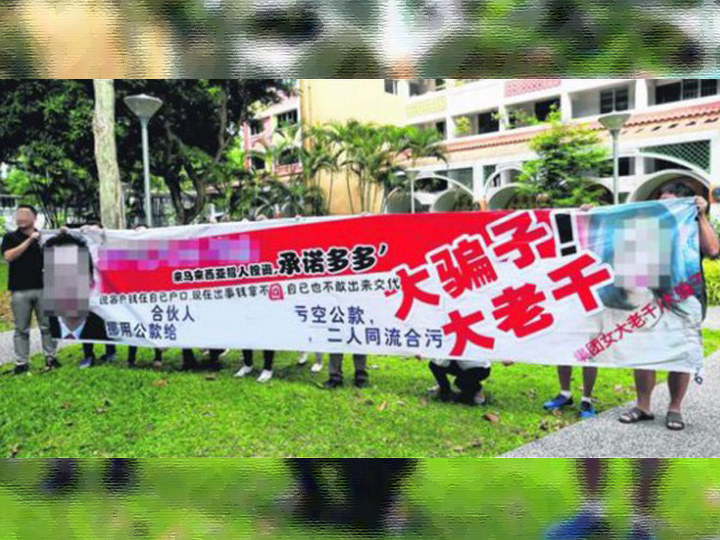 The furious mob claims they were cheated of some S$130,400 by a local investment company.

Most of them had come from Johor Bahru and Malacca.

The banner read “Return the money earned through our blood and sweat.”

Accompanying the text were the pictures of staff of the local investment company whom the Malaysian protestors accuse of cheating them of their money.

One of the protestors said that about 10,000 Malaysians had invested their money in the company, and it’s likely that altogether they have lost S$27 million.