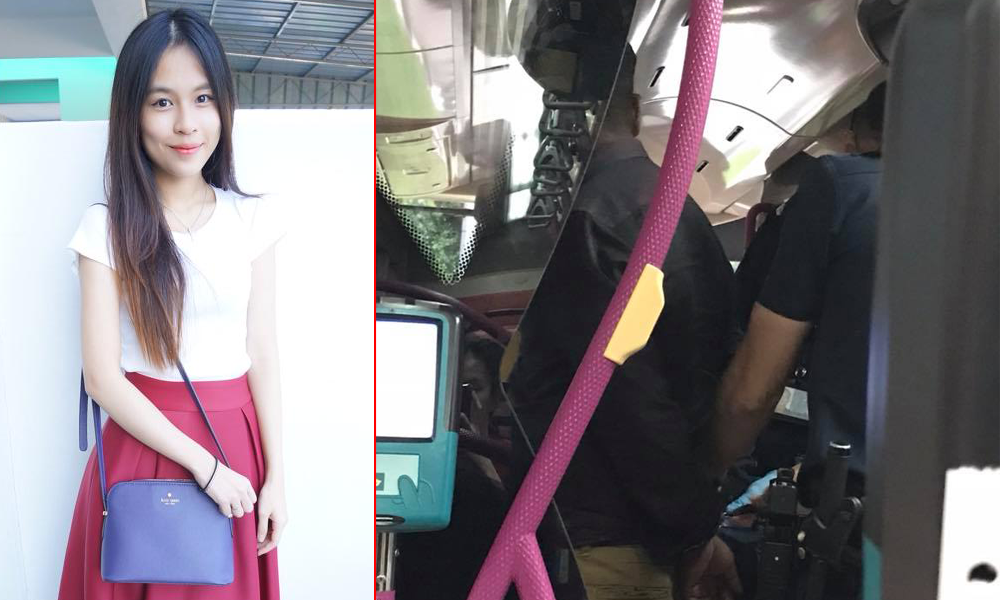 JIA MIN: Women, don’t be afraid to shout out to someone if you get molested. For real. Today (1 Jan), I boarded a bus and sat on the upper deck. The bus was pretty much empty, and I was carrying several bags so I put my backpack on the seat next to me. Then, an Indian man boarded the bus, looked around, and sat next to me.

I thought he was acting strangely, so I quickly moved my backpack away. Then, he moved his leg until it was touching my leg. I said “Excuse Me!”

A kind man who was seated behind saw the commotion and offered to switch seats with me. He even helped me to carry my bags over as I had difficulty moving out of my seat. The bus carried on its journey, but came to a sudden stop at a bus stop.

The passengers and I were wondering what was going on. We realised a while later that the bus driver was waiting for the police – the Indian man had supposedly molested a woman in the first deck of the bus, then moved to the upper deck and sat next to me.

The driver had called the police after the Indian man’s first victim had informed him about the incident!