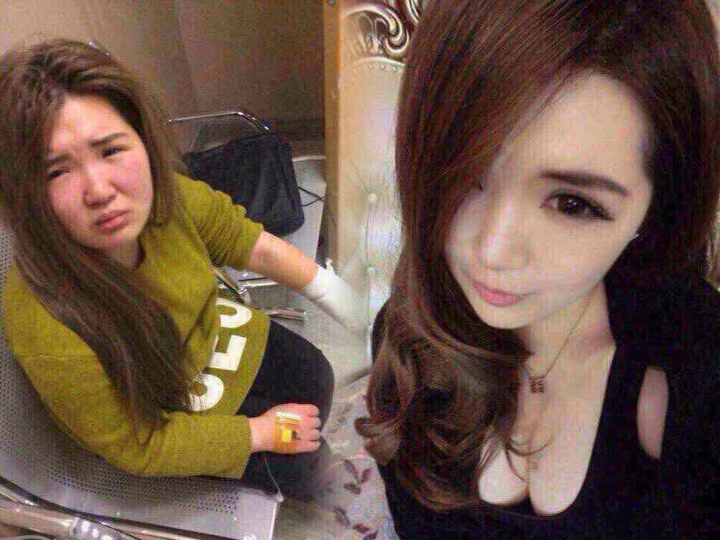 What would you do if you met up with a girl you met online, only to realise she’s much more ugly in person than her online persona suggest?

What one man in China did was beat the crap out of the girl he thought was a “goddess”.

One month ago, the pair were acquainted via wechat. The “goddess” appeared to be stunning on her pictures- she had small oval shaped face, big eyes with fair and rosy skin.

Mr Huang was mesmerized by her online appearance and couldn’t help but requested to meet up with “goddess”. They agreed to meet, and the super elated Mr Huang then spent a few thousand dollars; “Taking the extra mile”.

He literally flew from north eastern to south eastern China just to finally see his “online goddess” for real.

He was welcomed by the shock of his life when he saw his “goddess”, who was a far cry from the pictures on her Wechat profile. She was twice the size of what he had expected, dark and filled with acne unlike the flawless girl that he were attracted to.

He unabashedly exclaimed: “You can’t possibly be ” X X X” right?! How can it be so crazily different!?” Online goddess: “Yes it’s me! Just that the pictures was improvised with Mei Tu phone app and I had more makeup on. I’ve only light makeup on today.”

Feeling unjustified for spending a bomb to only be “conned”, Huang then got into a heated argument with his “online goddess” and couldn’t resist beating her up!

This commotion landed both of them in the police station. After some counselling from the police officers, they resolved the issue amicably. Disappointed Huang also returned home the very day and he proclaims: “

From today onwards, I will never believe in online romance ever again!”