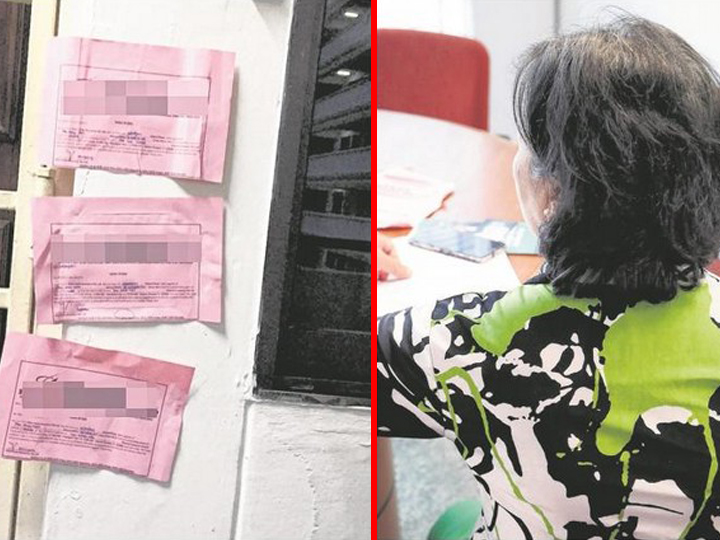 The sale of a motorcycle soured ties between friends and led one to send debt collectors to the others home demanding money!

Tan, whose family is now being harassed by those debt collectors said that 3 years ago he “bought” a motorcycle from his friend, Zhuo.

The 28-year-old said that their agreement went like this – he would be allowed to use the motorcycle and pay the monthly loan instalments on the bike, but ownership of the vehicle would remain under Zhuo’s name.

Months after that, Tan said he faced financial difficulties and couldn’t afford the monthly loan repayment.

With Zhuo’s consent, he “sold” the motorcycle to another person (we say “sold” because again, there was no transfer of ownership).

The agreement was the buyer would pay use the bike and pay the monthly loan instalments.

Then the shocker in October last year – Zhuo called up Tan and told him that there was $10,000 to be paid.

That S$10,000, according to Zhuo, was a result of the new buyer not paying the vehicle loan, and racking up a host of traffic fines for illegal parking.

Zhuo said he received letters from the finance company demanding payment, and all the traffic summons.

Tan said his friend Zhuo demanded that he foot the S$10,000 bill since he was the one who “sold” the bike.

Tan said that the debt collectors behaved aggressively and would yell his name.

They scared his sister and his 60-year-old mother who suffers from high blood pressure, to the extent where they didn’t dare leave the house.

Mommy Tan also said she developed insomnia after the debt collectors began knocking on the door of the family.

“I get frightened when the wind blows outside the house.”

From March till May this year, the debt collectors came about 6 times demanding that Tan pay Zhuo the S$10,000.

Mommy Tan says she has since made report and the case is being investigated.

Lesson learnt: when you sell your car or bike, make sure you make a clean break and transfer ownership. And don’t trust your friends.