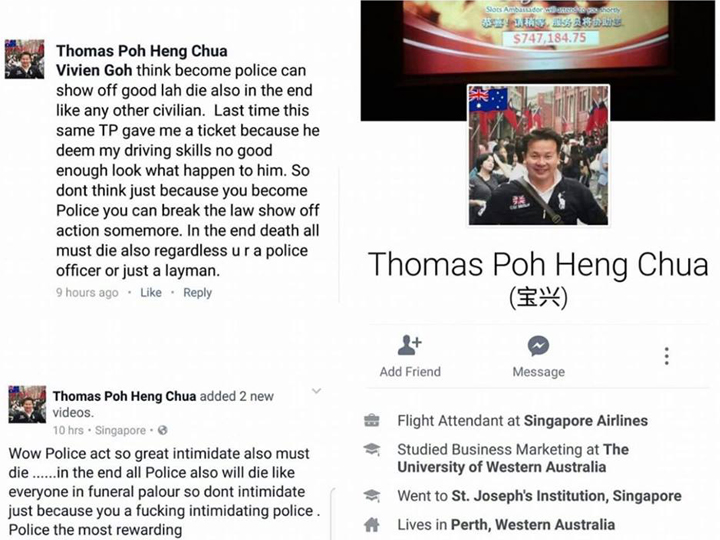 Thomas Chua Poh Heng has been arrested just days after he publicly took a swipe at a traffic policeman who died in the line of duty.

The 39-year-old was nabbed for shoplifting early yesterday morning at about 5.30am.

He alleged stole a 100ml bottle of “Must de Cartier” perfume worth $$98 from Mustafa Centre.

The store’s security officers detained Chua outside the store with an unpaid item in his possession and called the police.

Chua, who is working as a part-time deliveryman, is under investigation for 3 other unrelated police reports lodged against him since January this year.

He was shamed on Facebook by Law and Home Affairs Minister K Shanmugam on Saturday for his outburst against deceased traffic cop Nadzrie Matin.

Chua had accused the police officer of issuing him a traffic summon and gloated over his death.

Mr Shanmugam also weighed in on the issue, saying that Chua was “sick in the head” and that his remarks were an “insult to all police officers”.