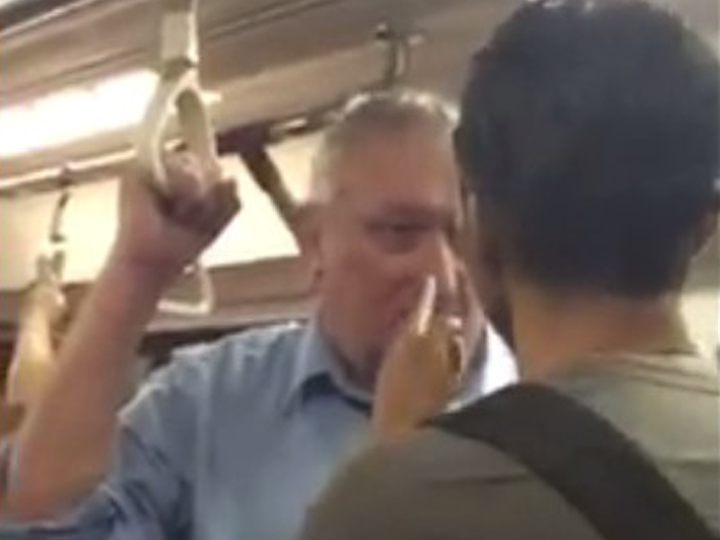 Sparks flew on the MRT, apparently because of a T-shirt rather than a power outage!

An angry ang moh took offence at a shirt that a Singaporean teen was wearing, because of the words “I’m F*cking Special” splashed across it.

The ang moh scolded the teen and taunted him.

All the other commuters in the carriage were minding their own business.

He just stood at the same spot and stared straight ahead throughout the whole abusive encounter with the angry ang moh.

Fortunately for him, some truly “special” chap stepped in and gave the angry ang moh an ear-lashing of his own.

Named “Elfy”, according to an eyewitness, he intervened and even got into a quarrel with the ang moh.

That was when the ang moh’s haughty and aggressive stance wilted, and he became more docile.

Subsequently, police at the train station called both men to step out from the train.

The incident was recorded on video by Nabilah, who says she’s proud of Elfy.

“I am proud there is someone who actually stand up for others!