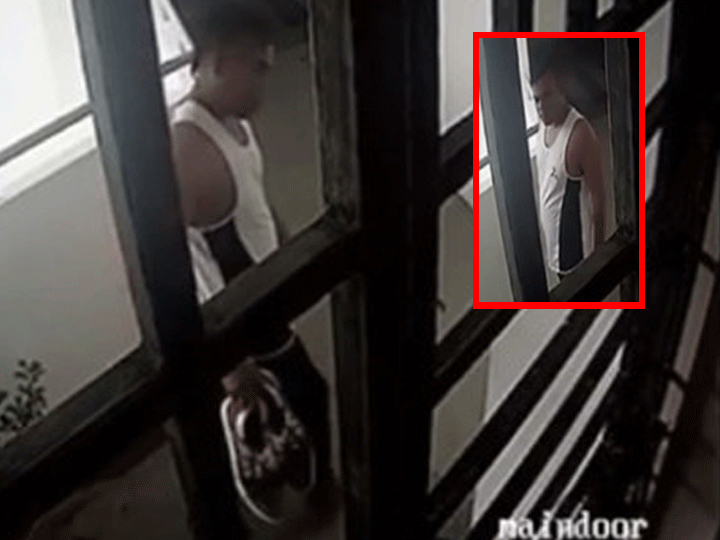 If you’re living in Punggol, be on the lookout for a man who has been stealing shoes from households in the area.

This man was caught in the act stealing a pair of shoes placed outside a HDB unit at Block 468C Fernvale Link.

What’s even more preposterous – the man bothered to do an “exchange” when the shoes didn’t fit!

Said the poor resident whose shoes were lifeted:

“This bare-footed man came by stairs instead of the elevator to steal shoes. He took a pair of shoes put them on, but realized that they didn’t fit then left them at the lift lobby. He then came back for a second pair and left by the stairs.”

Even a CCTV camera installed failed to prevent the shoes theft.

Perhaps a guard dog next time?