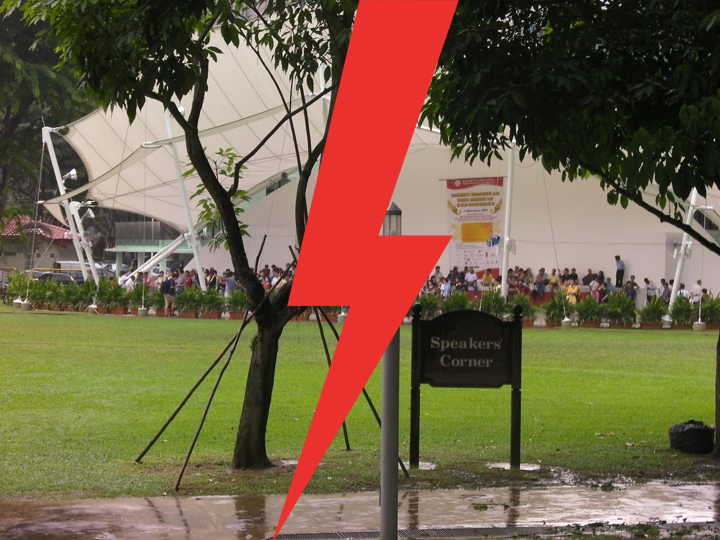 The government announced earlier today that the CPF Minimum Sum will be increased to S$250,000 – up from the current S$161,000. And a disgruntled man who protested the increase has been killed after he was struck by lightning this afternoon at Hong Lim Park.

The Singaporean man has remained unidentified, but witnesses say he had short black hair and wore dark-rimmed spectacles, as though he was trying to emulate a certain CPF protestor, Roy Ngerng.

The man went on a one-man tirade against the CPF Minimum Sum increase to S$250,000 and tried to lead a pack of followers to heckle mentally-handicapped children. Unfortunately for him, he didn’t have any followers, and there were no children in sight.

Public anger has been directed at Singapore’s Minister for the Environment and Water Resources for allowing lightning to enter Singapore’s air space without authorisation, and even attack and kill one of our citizens.

In response to this outcry, the Environment Minster said:

“Look, at least he just died, instead of having to spend the rest of his life paying compensation for making a big fuss over the inevitable. Lightning strikes – that’s how it works. It was an honest mistake, let’s move on.”