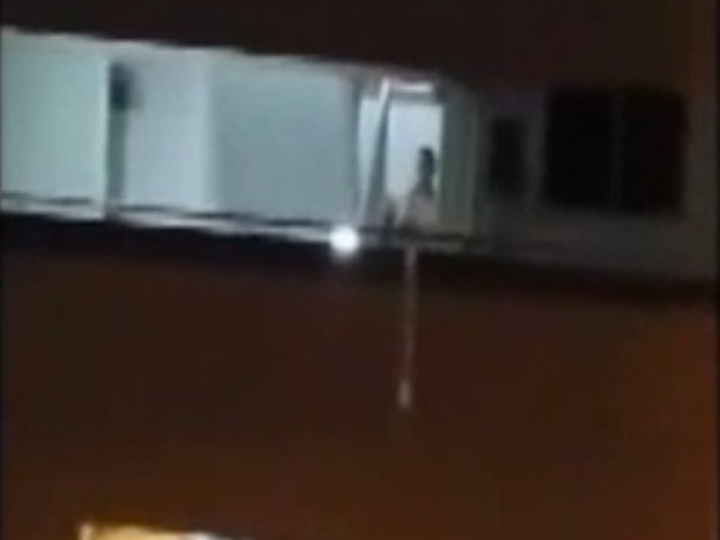 This man has apparently been walking around the naked for years along the corridors of a HDB flat in Bukit Batok.

An eyewitness who captured this image of him says he does it about twice a week, sometimes wearing a wig and g-string.

The witness says the man will walk from the unit which he is staying in, all the way to the void deck, in the nude!

This latest public-nude-stroll incident is said to have happened at around 1.15am at Block 227 Bukit Batok Central.

Political activists might want to consider giving him flyers to distribute, since he has the time of the night, and flyer-drops aren’t illegal in Singapore, or at least not as illegal as dropping-trousers in public.