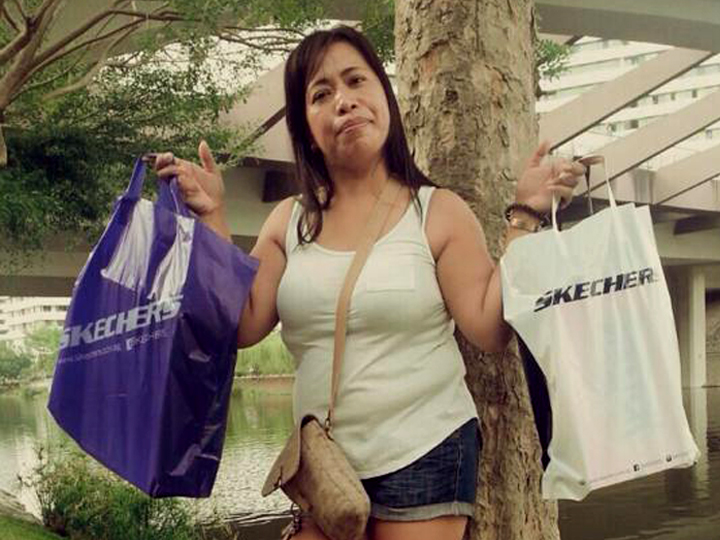 Jovylyn La Torre Rue had 5 kids and a husband.

While working in Singapore as a maid, it appears the Filipino also had a several lovers.

While attempting to prank one of her boyfriends, she accidentally hung herself with a skipping rope.

Rue’s employer came home to find her dead in her bedroom.

The coroner said yesterday (6 Jun) that investigations reveal she had not committed suicide.

Two of Rue’s riends told investigators that she was “two-timing” her boyfriend.

On the day of her death, she had met her boyfriend at a Frangrance Hotel outlet in Kovan as it was a Sunday and she had a day off work.

She then left, telling her boyfriend she had a birthday party to attend, and asked him to meet her 2 hours later at Farrer Park MRT station.

Rue then met her second boyfriend at Tai Hoe Hotel.

She only left the hotel at 6pm and called her first boyfriend to apologise for missing their appointment.

The couple then got into an argument, in which Rue threatened to kill herself.

Her boyfriend then called her friends to tell them to stop her.

Rue’s friend said that they had told her at the time to stop playing the “joke” again.

That “joke” was her suicide-by-hanging prank.

Another friend of Rue told police that Rue had played the same prank on her boyfriend 2 years ago.

The friend said that Rue threatened to commit suicide until the man broke down and cried.

She said that this time round the man called her saying that Rue had threatened to kill herself after an argument they had.

She told him that Rue just wanted to scare him and toy with him to “test the extent of his love”, and that he should go to sleep.

The friend also mentioned that Rue knew a “safe way” to position the rope at a low level so she wouldn’t die when staging her own hanging.

Rue died on 11 December 2016, just 10 days before she was due to attend her daughter’s wedding in the Philippines.

Her death has been ruled as an “unfortunate misadventure”.