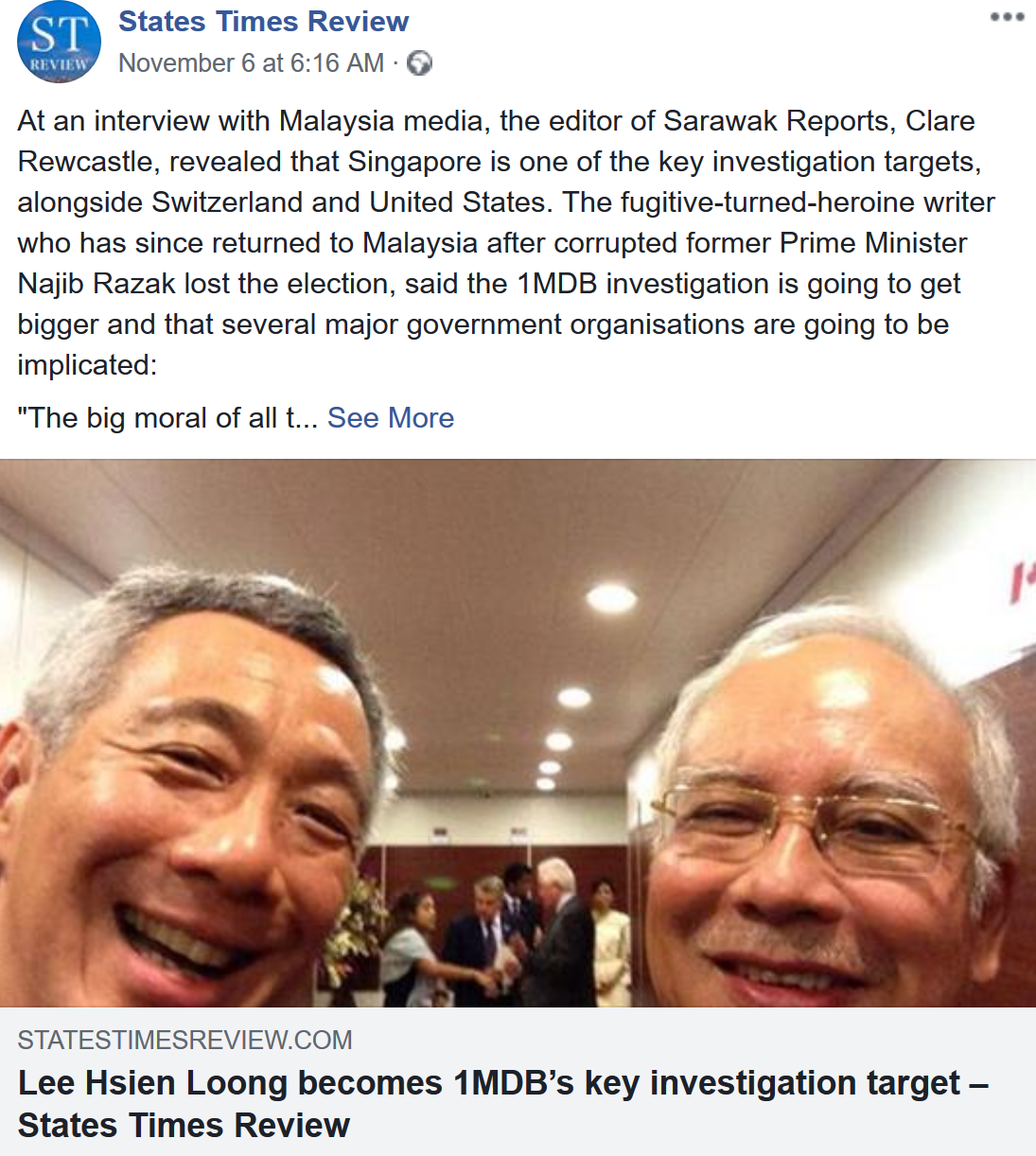 The Monetary Authority of Singapore has filed a police report over an article published on the States Times Review, alleging criminal defamation.

MAS has called the article “baseless and defamatory”, and said that the article “made statements that were false and malicious and impugned the integrity of MAS as a financial regulator”.

“The article ignores the unprecedented and robust actions taken by MAS over the last two years against Singapore-based banks and bankers in relation to their roles in 1MDB related transactions, in most instances ahead of enforcement actions by foreign jurisdictions.”

The MAS added that the article “makes false allegations that Singapore was forced to reopen its investigations into 1MDB only after the change in political leadership in Malaysia.”

The Infocomm Media Development Authority has issued a notice to STR to take down the article by 5pm today.

“IMDA has assessed that the article undermined public confidence in the integrity of the Singapore Government and is objectionable on grounds of public interest, and would therefore constitute prohibited content under IMDA’s Internet Code of Practice.”

STR is a website based out of Australia helmed by former Reform Party member Alex Tan.

In the article, Tan alleges that:

“Malaysian investigators are now trying to find the secret deals between the two corrupted Prime Ministers of Singapore and Malaysia when Najib was still in power. It is believed that Najib Razak signed several unfair agreements with Singapore’s Lee Hsien Loong, like building the Singapore-Malaysia High Speed Rail when the country was in a trillion RM debt and a grossly under-priced water sale agreement, in exchange for Singapore banks’ assistance in money laundering 1MDB’s billions. If found guilty, Lee Hsien Loong and Singapore may be sanctioned internationally.” 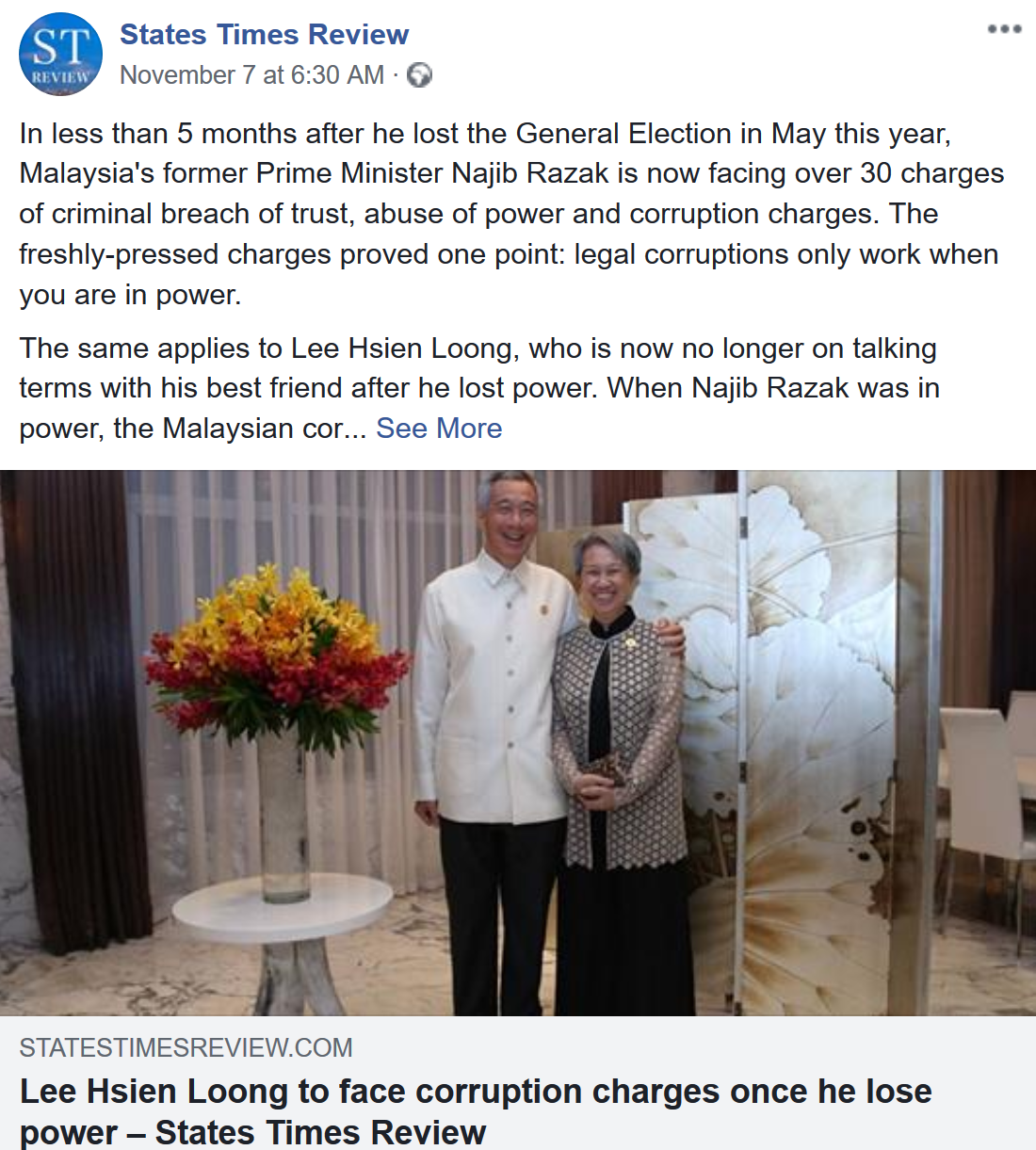 Tan also penned another article “Lee Hsien Loong to face corruption charges once he lose power”, in which he states:

Interestingly, prior to the police report filed by the MAS, Tan challenged Prime Minister Lee Hsien Loong to take him to court.

Police investigations in Singapore are ongoing.