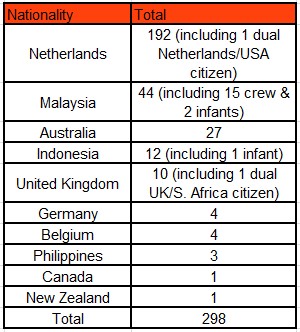 Singapore Airlines (SIA) has stopped all flights over Ukraine after the crash.

SIAdid not comment on the revised flight paths, or reports that flight SQ351 from Copenhagen, Denmark, which was flying over the area at the time and was about 25km away from Flight MH17 when it was allegedly shot down.

Some of the black boxes have been recovered from passenger flight MH17 and speculation is growing over what exactly caused the Malaysia Airlines plane crash.

Both pro-Russian rebels in Eastern Ukraine and the Ukrainian government have accused each other of shooting down the plane. World leaders are calling for a global inquiry into the incident.

Flight MH17 was on route from Amsterdam to Kuala Lumpur when it crashed into Eastern Ukraine, kilometres away from the Russian border.