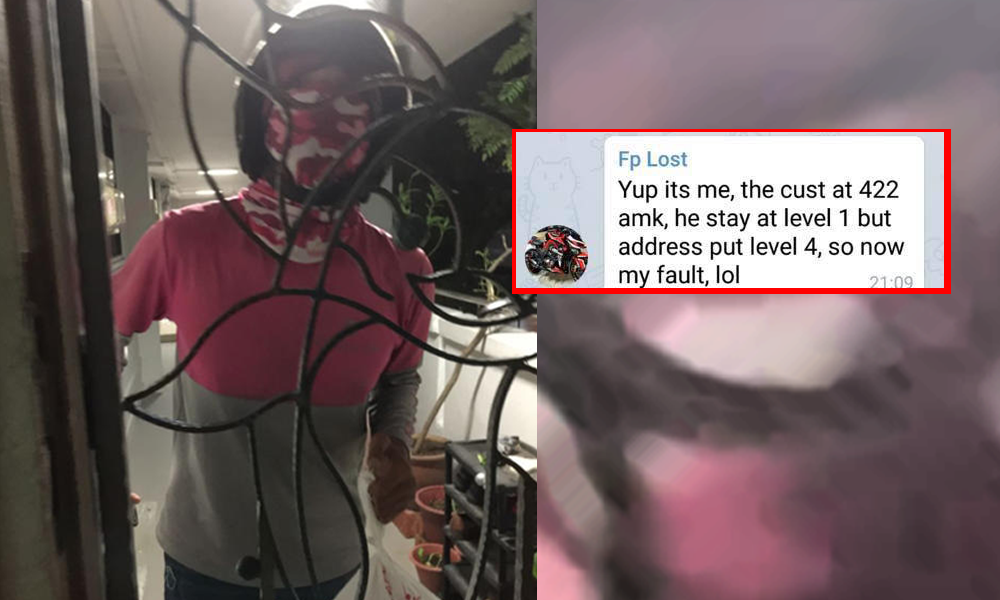 The masked Foodpanda deliveryman who led some to believe he was a robber because he had delivered food to an address that didn’t order any food has been confirmed to be a legitimate rider from the company.

This has been confirmed by Foodpanda, following its earlier statement that its company’s riders don’t cover their faces when making deliveries and that the deliveryman wasn’t one of their own.

Foodpanda managing director for Singapore operations Luc Andreani had replied to media queries saying “I can confirm that this person is not a rider on shift, but is falsely posing as a delivery rider”.

Andreani also informed customers to call the police if they see the rider again.

However, further investigations by Foodpanda revealed that the rider had simply gone to the wrong address.

In its latest response to the media, Foodpanda said:

“Following further investigation, Foodpanda can confirm that an attempted food delivery on 17 March to a Singapore resident, who had not made an order, was made by a registered Foodpanda rider. The rider was responding to an incorrect delivery address entered into an order by a Foodpanda customer. We sincerely apologise to the recipient of this incorrect delivery for any inconvenience caused.”

The rider confirmed this in a message to the Foodpanda North Fleet chat group, saying that the customer had stated that he was staying on the 4th floor of a residential building in Ang Mo Kio but was actually staying on the 1st floor.