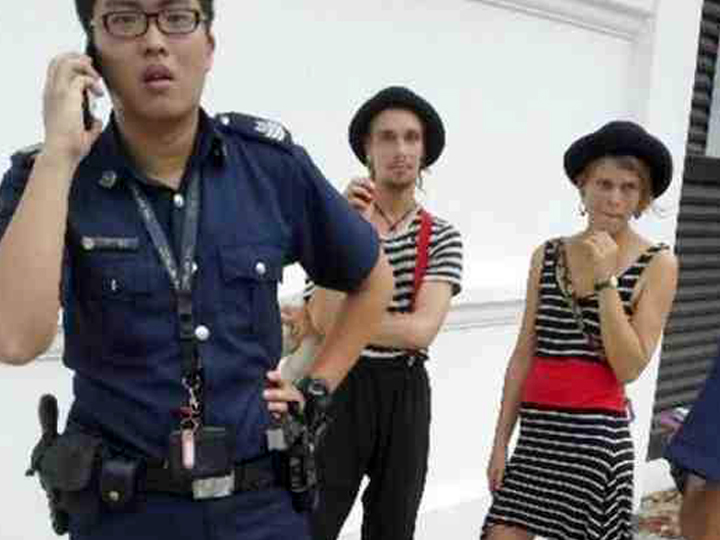 Why did the ang mohs cross the road?

Instead,  these two chaps stopped at a heavy traffic junction to beg for money from drivers of passing vehicles.

They were spotted knocking on the passenger side windows of cars and asking for money.

Despite drivers waving them away, they continued to grovel.

Police were alerted and officers who later arrived on scene were seen escorting the pair away.

Witnesses say this isn’t the first time the ang moh couple have been spotted begging for money in such fashion.

They have supposedly been seen in places like Bugis and Orchard as well.