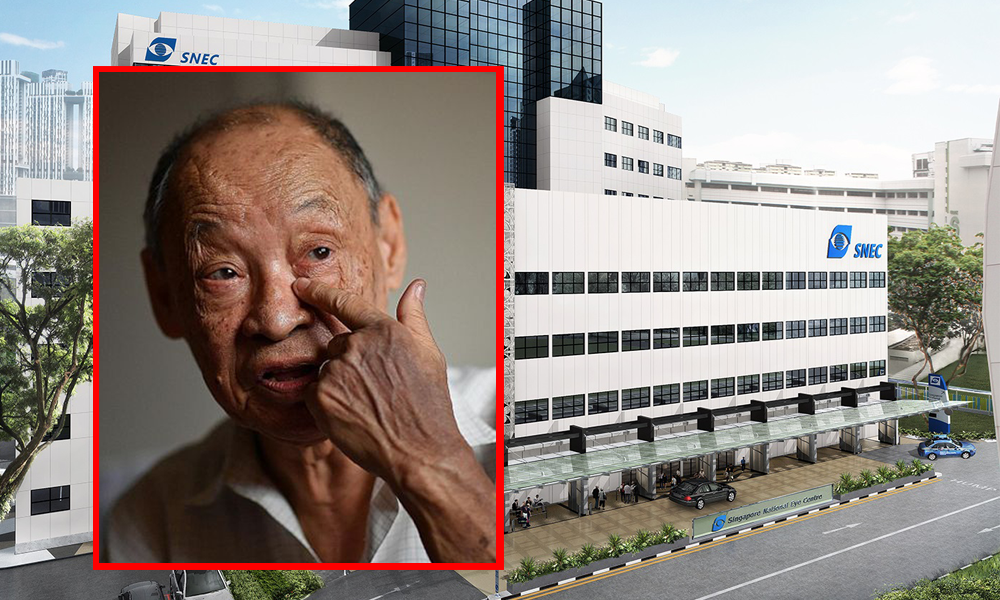 He expected MediShield Life to cover 90 percent of his cash bill for a cataract operation, but this 82-year-old uncle was in for a rude shock when he received just S$4.50 from the national health insurance scheme.

Mr Seow Ban Yam had undergone the cataract operation on both his eyes at the Singapore National Eye Centre.

He paid S$3000 from his Medisave account – the annual deductible amount for people aged 80 and above.

As for the remainder, S$1477, Seow thought 90 percent of it would be covered under MediShield Life.

It turns out that procedure Seow underwent has a cap of S$2,800 from MediShield Life, although the SNEC charged him S$4,272 for it.

The first $3,000 each year has to be paid by the patient, and since Seow had already paid that sum using his MediSave, that left a $5 amount that was claimable from insurance.

Seow has complained that the purpose of MediShield Life it to help meet heavy bills, and having a low cap on the cost of the procedure defeats the purpose of insurance.

The Ministry of Health says that MediShield Life claim limits have been “sized to cover 9 in 10 of subsidised bills to balance between providing assurance to patients and ensuring affordability of premiums.”

MOH said that at other public hospitals, the bills for more than 9 in 10 subsidised patients undergoing the same procedure as Seow are within MediShield Life claim limits.

“As the national referral and tertiary eye centre, SNEC’s cost and fee structures are higher than those at other public healthcare institutions.”

The ministry said it will review claim limits and premiums by the end of 2020 to take into account “actual claims experience and healthcare cost inflation”.