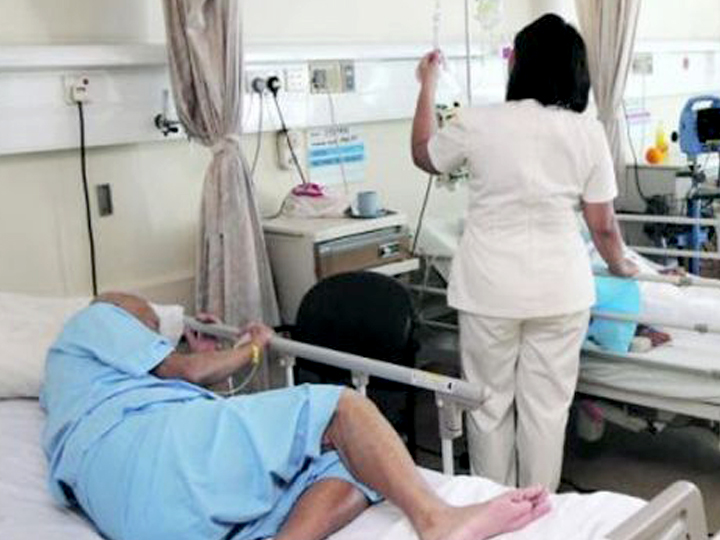 PHILIP ANG: The PAP has continued to waste tax dollars by mailing propaganda material on Medishield Life (ML) to every household. At the end of the day, ML is all about legislating healthy citizens to cross subsidise those with pre-existing illness. This should be the responsibility of the PAP. And of course to benefit government coffers because ML is managed by the government.ML propaganda

“From end 2015, you and your family will be covered by MediShield Life (ML). ML provides better protection than Medishield…”. Having a scheme with better protection sounds good without telling one the catch – the increase will be funded by citizens.

Premium table shows increase of almost 300% for citizens aged between 21 an 40. A single income family with 2 teenage children pays more than $1,000 per year, up from $540. Despite the huge increase, a major surgery will still incur thousands of dollars. 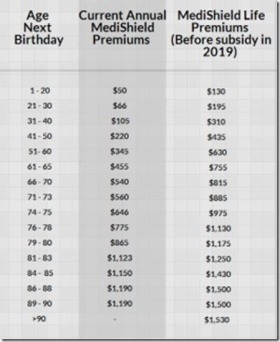 “Transitional subsidies for first four years…takes care of 90% of premium increase in the first year”. Typical of PAP to engage in marketing flawed schemes by ignoring the real effects of cost increase after subsidies run out in the fifth year. It’s no different from ministers claiming Singaporeans earning $1,000 can afford to buy a HDB flat.

It is very likely the PAP will increase the ML premium with the usual justification that costs have gone up after the fourth year. Similar to polytechnic/university tuition fees, public transport, etc. ML is managed by the government which has the power to legislate unreasonable premium increases in future because PAP is the dominant party in parliament.

PAP makes it look as if it has been generously helping citizens but the money actually flows back to the government, ie

After all the ‘help’, honour and recognition given to pioneers by PAP, out-of-pocket expenses still amount to thousands of dollars! Our pioneers are not daft and many would postpone necessary medical treatment because they do not want to burden their children.

PAP should go ask Kwek Leng Beng or Wee Cho Yaw if they felt honoured and recognised to receive the peanut$ in their Medisave account.

At the end of the day, PAP has effected a left to right pocket transaction, masking this with propaganda.

“Premuim subsidies for lower- to middle-income .. 15% – 50% for those who are eligible .. 2 out of 3 households will get this subsidy”. Among resident-employed households, the median income per household member is less than $$2,380. (Singtat pg 3)

“2 out of 3 households” means hundreds of thousands of households qualify for government subsidies. Why would our intelligent civil servants create an admin nightmare for itself by first increasing costs to unaffordable levels and subsequently dishing out subsidies? PAP’s real objective is not to help citizens.

If we go by HDB flat types, there are about 600,000 4-room and smaller flats and 52,000 rental flats. A conservative estimate puts the number of resident households eligible for subsidy at about 500,000.

The real reason for ML is to drain our Medisave balances which have been increasing exponentially the last few years. In 2 years, from 2011 to 2013, Medisave increased by $10.1 billion. However, the amount of Medisave withdrawn increased only $77 million.

Any Tom, Dick but maybe not Harry would have known something is not quite right here – PAP channeled $10 billion of our Medisave into GIC in 2 years while depriving citizens of OUR money to take care of OUR healthcare needs. MediShield Life to take care of us??

Despite self-reliant citizens wanting to use OUR Medisave for OUR healthcare needs, PAP has restricted Medisave usage to channel the additional Medisave balance into GIC.

Through legislation, healthy citizens are forced to cross subsidise those with pre existing-illnesses under ML. This should have been the responsibility of the government.

The PAP is not helping us with ML because the huge premium increase is funded by our CPF retirement savings.

ML is managed by the government. Since additional billion$ will be transferred from CPF members’ Medisave accounts into ML, the real beneficiary is the PAP government.

This commentary was written by Philip Ang and first published on likedatosocanmeh.
Send us your commentaries at mail@redwiretimes.com
Find us on Facebook! https://www.facebook.com/redwire.singapore