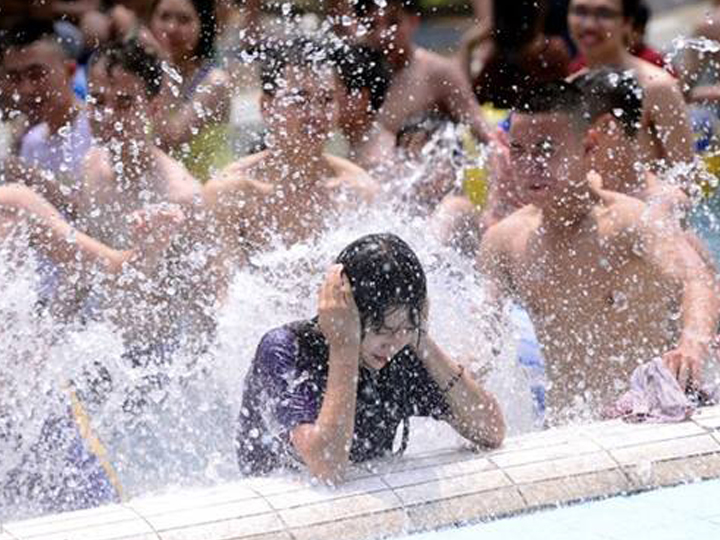 GLX: On 19/4, a water park in Hanoi, Vietnam called ‘Ho Tay’ opened for free admission from 8AM-10AM (GMT+7). The chaos was terrifying, when the staff decided to close the gate due to overcrowded. Many people tried to climb over the fences to get in.

However, that was the least of the problem. 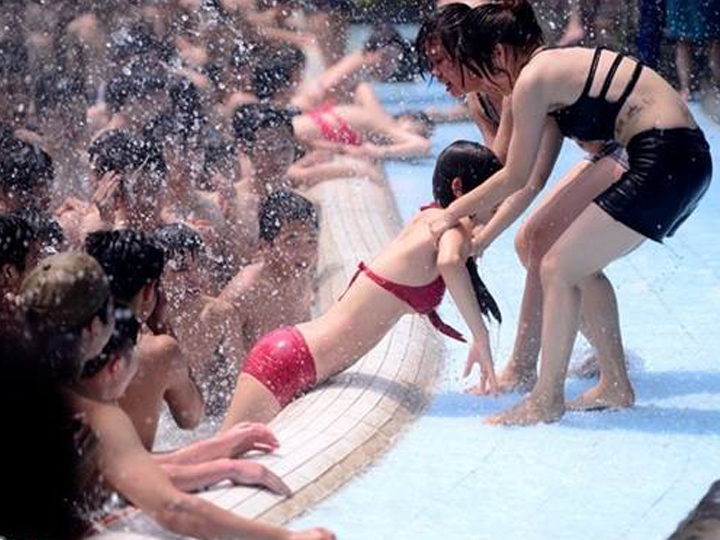 Inside, at the lazy river area, around 70 to 80 guys (even men who already had wives and kids) went together in groups. Whenever they saw girls, they started attack them by splashing water and WORST part was, they pushed her head down, DROWNING her and at the same time, RIPPED OFF HER BIKINI and started MOLESTED her. Some girls fainted and despite all the crying and screaming for help from friends, the group of animals won’t stop. They even PULL girls standing near the river down and started doing all those nasty things. AT LEAST, 20 girls were being sexually assaulted.

There was a girl with her bikini torn apart and all the guys surrounding her, cat calling: 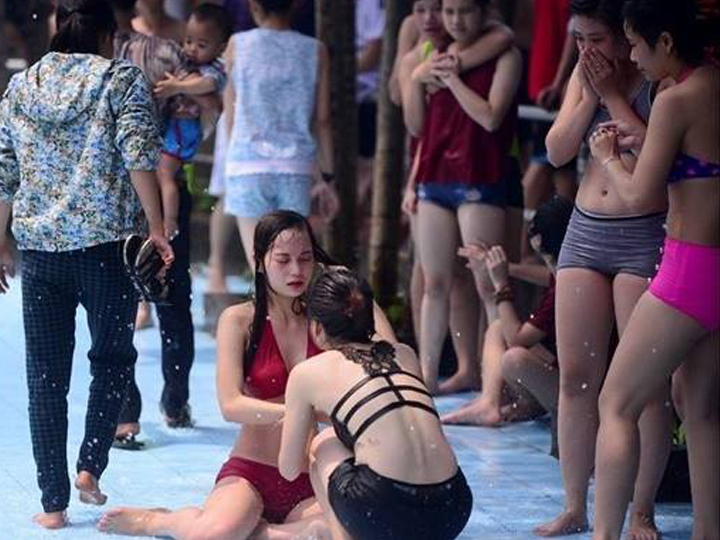 The victims after they went home had anonymously leave confessions. Here are some of the confessions:

#1: We were holding onto the swim ring at the lazy river for about 3 minutes. Then we heard a commotion at the back, as we turned around we saw hundreds of boys crowded the whole river, screaming and going towards the three of us. I was shock and choked on water, many arms pushed my head down. I felt my breast and my private area being grab and pull and scratch very painful, my butt was groped too. My bikini top was pull up to my neck and the bottom was pull till my knee. Even though i was choking, but i felt clearly someone was fingering me, my legs was spread apart. My head was still pressed down, I was out of breath and I thought I was going to drown. The water go up my nose to my brain, my throat. Those arms scratch and pull me up, my head hit the coping. Then there was people grab my hair, my arm to pull out of the swimming pool. I was coughing really hard so I didn’t even realize I was completely naked…

#2: I was swimming in the lazy river with my friends. Behind us, all the boys kept splashing water like crazy, we were so freak out that all of us decided to go out of the river. As we just got out, one of my friend, who were still near the river, were pulled down and dragged to the centre of the river and was being splashed water and her head was pressed down. We saw our friend being surrounded by bunches of guys, we kept crying and called out: please help my friend, someone please help my friend. Around us, people kept on using phone to record and laugh like they were at the circus.

#3: My sister went with her friends. When they came back, they were crying their eyes out. Their necks, shoulders and thighs are full of scratches and bruises.

#4: It was too crowded so my boyfriend and I just played near the swimming pool coping. Suddenly I saw on my boyfriend head some milky fluid, when I touched, it was slippery and a bit thick. I dragged my boyfriend out of the pool immediately and asked him to wash his hair and we went home right after. Those animals masturbated in the swimming pool.

The facebook of the guy who started all these nasty thing had been tracked down.

And many other guys went home and updated their facebook status about their “achievements” at the water park like how many boobs they had grabbed or how many girls they’d molested on that day. 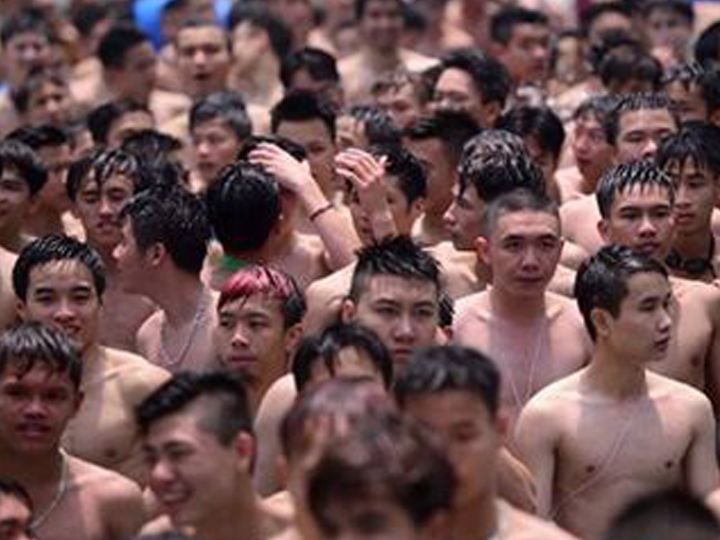 Those guys are currently trying to take down photos of themselves and facebook statuses that they’ve updated. But luckily, all of those have been screencapped. Most of their identities are revealed and all over the internet.

Even worse, when all the news are up, the comments make me sick to my stomach, many of them said that it’s THE GIRLS FAULT for wearing bikini.

LIKE HOW ARE YOU SUPPOSED TO DRESS TO GO TO WATER PARK? ARMOR?

THOSE ANIMALS THOUGHT THEY’RE GOING TO GET AWAY WITH IT AND APPARENTLY AT THIS RATE, THEY WILL.

SO I AM HERE TRANSLATING THIS INCIDENT TO YOU GUYS HOPING THIS WILL SPREAD AS FAR AS POSSIBLE.

PLEASE SHARE AND POST WHEREVER YOU WANT. YOU DON’T HAVE TO CREDIT ME OR ANYTHING. JUST SHARE AND HOPEFULLY IT WILL REACH BIG NEWS SITES OR ORGANISATIONS.

PLEASE HELP THE VICTIMS GAIN JUSTICE. I HOPE THIS WILL GO BIG ENOUGH TO PUT PRESSURE ON THE VIETNAMESE GOVERNMENT TO PUNISH THOSE GUYS.

UPDATE: A professional psychologist with a Master’s Degree of Education said: “It’s THE GIRLS’ FAULT for not knowing how to protect themselves.”

He said “First thing first about this issue, the one who should be BLAMED THE MOST ARE THE GIRLS, in the environment where people are naked 80% or more, the action (referring to molestation and rape) is inevitable.”

He also mentioned that it’s the environment that can cause someone to lose their control over excitement and that’s why the girls should know how to protect themselves, like if you want to protect your valuables, for example, motorbike, then you should locked it carefully etc.

Another VICTIM BLAMING by a person who has high education. I’m so fucking done with all this shit.