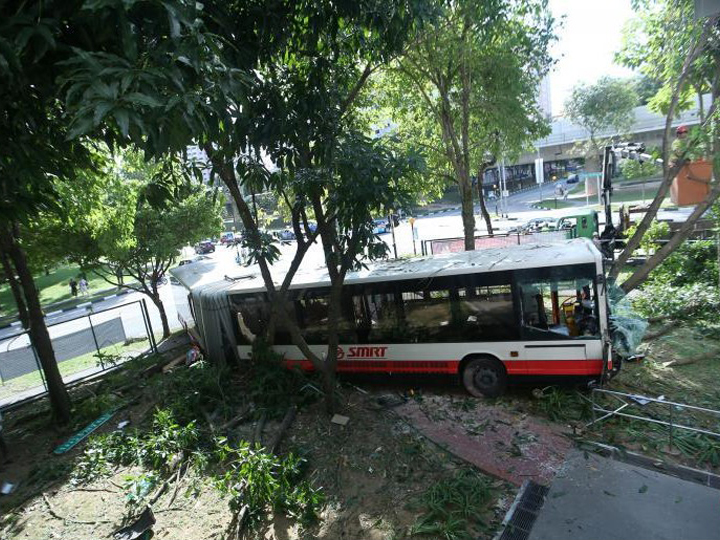 If you ever doubted the sheer power of a Mercedes and the strength of its chassis after that horror AYE accident, just take a look at this.

Faced with a BUS, a Mercedes somehow managed to ram it out of the way and onto a nearby grass verge.

Not just a bus, but a longer than normal one.

The accident took place yesterday at about 2pm in Choa Chu Kang.

The Mercedes crashed into SMRT bus 302 at a cross-junction, sending the bus up the pavement, smashing into a signboard, and landing up on the grass verge near Block 689B.

The front portion of the Mercedes was damaged.

Five people on board the bus, including the bus captain, were injured and had to be sent to hospital.

The Mercedes driver escaped without any injury that needed immediate medical treatment.

An eyewitness said those who passed by the scene of the incident were more concerned with taking note of the number plates of the vehicles involved in the accident for the purpose of buying 4D, rather than stepping forward to  lend assistance.