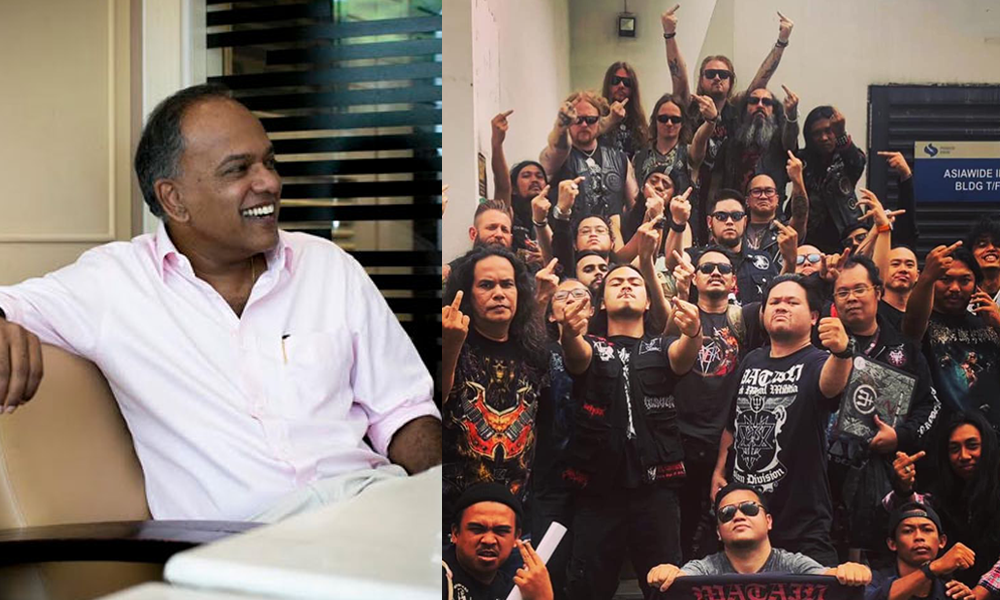 The public has been left confused as to the circumstances surrounding the last-minute cancellation of black metal band Watain’s concert in Singapore.

Home Affairs Minister K Shanmugam, in a rather barbed remark against Muslims in Singapore, said that could not see how Watain could have been allowed to perform in Singapore due to the band’s anti-Christian song lyrics.

The Infocomm Media Development Authority, however, says that it was given the all-clear from the Home Affairs Ministry to give the Swedish band permission to perform here with a R18 rating.

According to IMDA, the restrictions imposed on the band included “the removal of songs which are religiously offensive, that the band could not make references to religion or use religious symbols, and that no ritualistic acts were to be performed on stage”.

However, a day before the concert, MHA told the IMDA to consider cancelling the performance due to “new and serious concerns about public order, and ground reactions relating to social and religious harmony”.

And as a result, Watain was not allowed to perform in Singapore, in a move which Watain frontman Erik Danilsson termed “old-fashioned retardation”.

The band has been touring the world for nearly 20 years.

It bothered to proceed with a meet-and-greet session with fans despite the last-minute concert cancellation.

It later posted online this picture (above, right) with fans, which has drawn further controversy for the actions of the persons in the picture, and the remarks from Mr Shanmugam.

In the picture, fans can be seen showing the universally-recognised one-finger sign.

Speculation is rife that the Watain concert was cancelled due to “political sensitivities”, following an online petition which apparently garnered 17,000 signatories calling for the concert to be banned.

Yet, the number of signatories appears to have been rigged, according to complaints online from persons claiming that they were listed as signatories without their knowledge or permission. 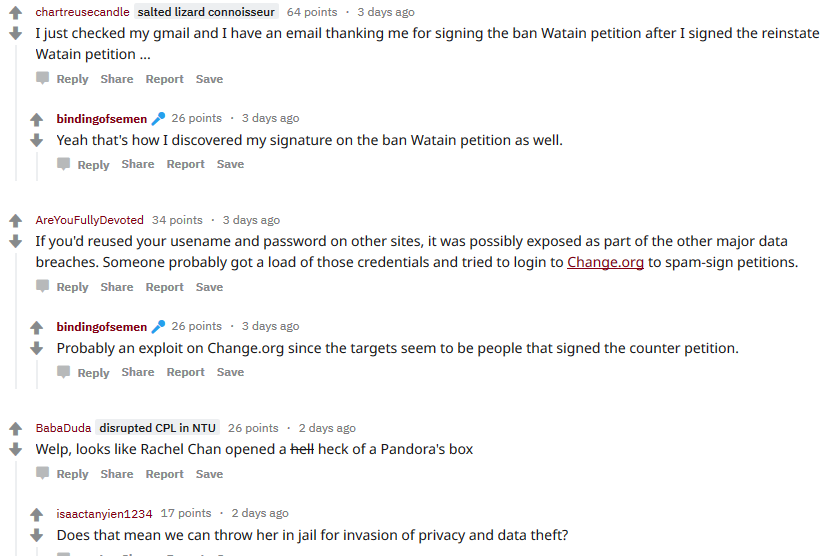 The National Council of Churches of Singapore has since expressed its appreciation to Mr Shanmugam and the MHA for banning the concert.