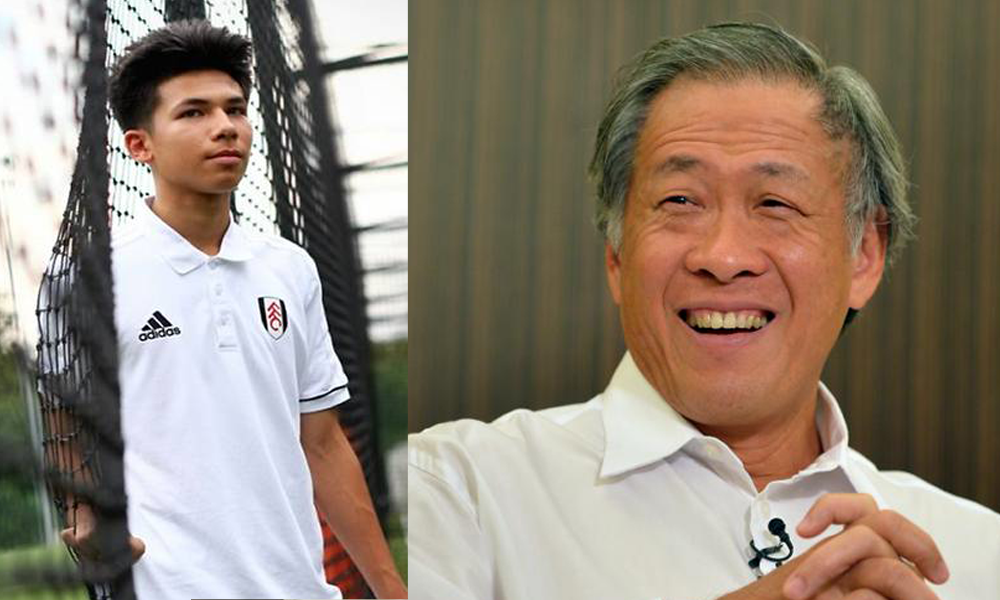 According to MINDEF, Davis “failed to report for NS as required” and is “staying overseas without a valid Exit Permit”.

In doing so, MINDEF said that he has “committed offences under the Enlistment Act, and is liable upon conviction to a fine of up to S$10,000 and/or imprisonment of up to 3 years”.

18-year-old Davis, the only Singaporean footballer to be signed on by an English Premier League Club, was denied deferment of his national service last year.

The former Singapore Sports School student had joined Fulham, a newly-promoted EPL side, in July 2017 on a 2-year scholarship and signed a professional contract with the club last year.

“The Enlistment Act is blind to ‘personal convenience and considerations’, no matter how talented the individual or exceptional his circumstances.”