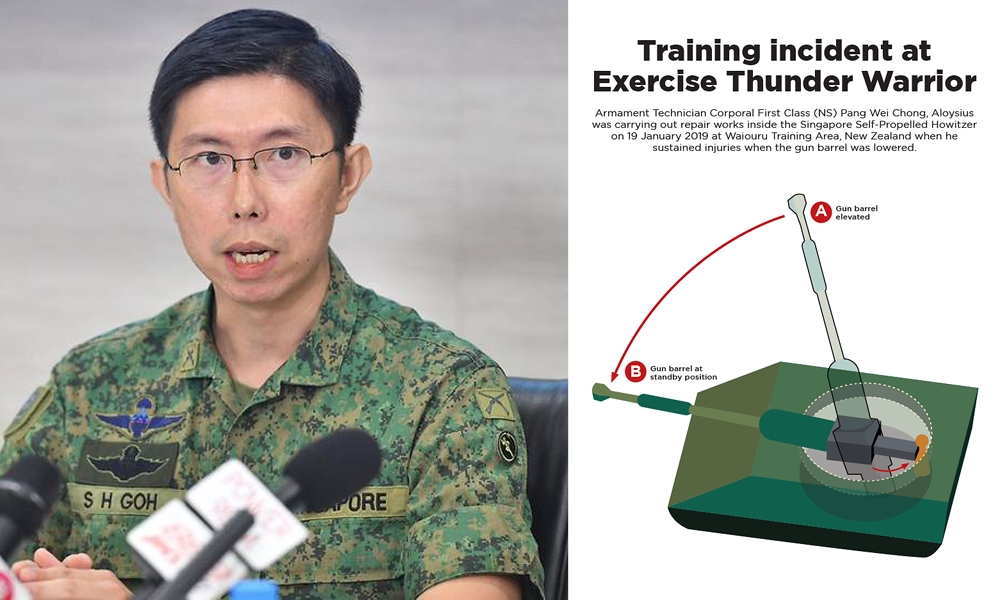 The death of national serviceman Aloysius Pang is the 4th publicly-disclosed training-related death in a slightly over a year, and reactions from the public spell a crisis of confidence for the Defence Ministry.

At a press conference this evening, Chief of Army Major-General Goh Si Hou explained that Pang was killed after he was crushed between the gun barrel of a howitzer and its cabin.

The 28-year-old, an armament technician with the 268th Battalion Singapore Artillery who was serving his reservist, was unable to get out of the way in time as the gun barrel was lowered.

As common practice, a Committee of Inquiry will be convened to investigate the circumstances leading up to the incident.

Still, it appears that public confidence in MINDEF has been shaken.

Colonel (COL) Terry Tan, commander of the Combat Service Support and Command, said that Pang was “qualified and competent” as an armament technician when he was sent to repair the Howitzer.

The public has questioned how Pang could be “competent” when he was a reservist corporal and presumably rusty without regular training.

And, while acknowledging that a strong army is necessary for Singapore’s defence, the general sentiment is whether due care has been paid to the preservation of our most-prized assets – our boys which have been entrusted to serve.

On Sep 15, 2017, 21-year-old full-time national serviceman Gavin Chan died after he was ejected from a Bionix infantry fighting vehicle during a trainng exercise in Australia.

On Apr 30 2018, 19-year-old Guardsman Dave Lee died after collapsing from heat stroke. A COI uncovered training lapses in the lead-up to his collapse.

Following the latest training-related death, the Singapore Armed Forces has declared that it will “lower the tempo” of training.

One wonders whether it has been the public backlash that has led to this.