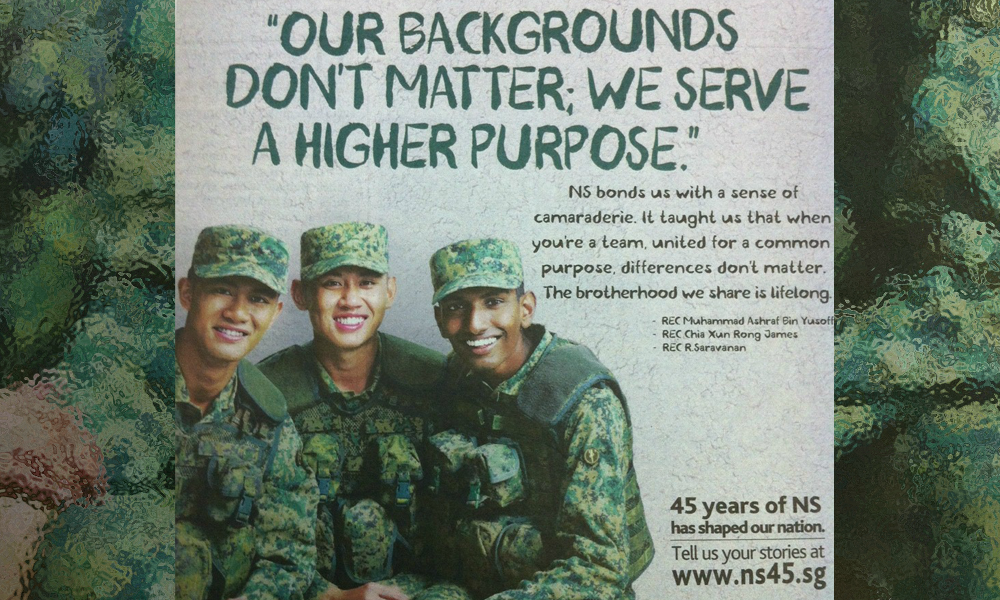 RONALD LEE: National Service fosters integration among all ethnic groups in our multiracial society. It is the one melting pot where boys of all backgrounds meet, mingle and progress on their journey into manhood as they train to defend our nation.

The issue of social stratification is a hot topic in Singapore today, and I think that it isn’t just the education system but also the sorting of NSmen by their educational qualifications that widens the social gap.

If you have been through NS, you’ll know that whether a JC, poly or ITE grad, there are soldiers who keng and soldiers who really go all out and chiong, regardless of their background. Why then should leadership positions and rank simply be accorded based on previous academic achievements? Don’t work ethic, commitment and leadership qualities matter just as much?

Is it fair that a great scholar who is hopeless in the field carries on him the rank of Lieutenant, while a “lowly” ITE grad who might have proven himself more resourceful and resilient can barely make Sergeant just because of his NITEC certificate?

Sorting NS recruits based on their educational qualifications just widens the gap between the haves and have-nots, as those in leadership positions receive increased leadership training and investment in their personal development. Aside from that, there are also the issues of vocations, responsibilities and salary that comes with different ranks.

If our education system has deviated from its aim of levelling the playing field, surely National Service has just thrown steeper slopes in front of our fellow Singaporeans who are less academically-inclined?

We are already past NS50. It’s time to go beyond racial mixing and focus on bridging the social divide for our young Singaporeans who give two years of their lives in the service of the nation.