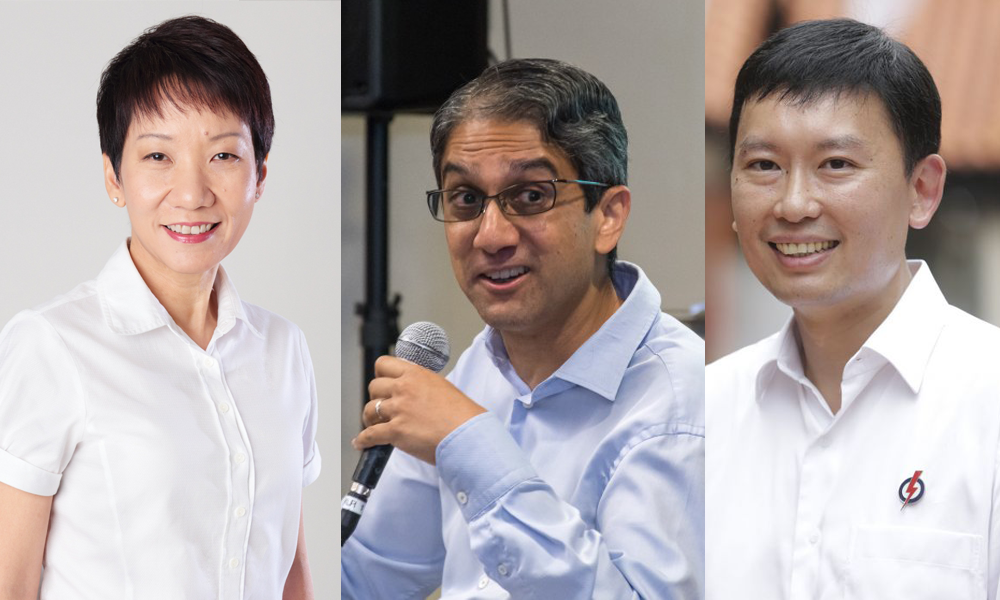 RONALD LEE: Leader of the House Grace Fu has called for Leon Perera to apologise in parliament on Monday (8 Jan) for misleading the House, and withdraw his “false allegations.

But how “misleading” was the Workers’ Party NCMP?

The “false allegations” relate to Perera’s statements in parliament on 7 Nov 2017, during a verbal joust with PAP MP Chee Hong Tat, who’s also the Senior Minister of State for Communications and Information.

Perera claimed that Mediacorp had removed “certain bits” from a video on a debate over Feb 2017 the Presidential Elections Bill, and that Mediacorp made changes only after he communicated staff the company.

This led to segments of the public calling for parliament sittings to be aired live, or to have unedited videos of parliament uploaded.

Some accused the government of collaborating with Mediacorp to “censor” parts of debates.

But Perera’s statement wasn’t exactly accurate – Mediacorp had amended the video before he communicated with them.

The broadcaster said that parts of the video Perera was referring to were cut due to a technical error, and the full video was uploaded 2 days before Perera’s email to them.

Chee, in a Facebook post after the incident, corrected Perera and accused him of painting Mediacorp as a partisan organisation (or in the words of Li Shengwu, a “compliant” one in favour of the G). 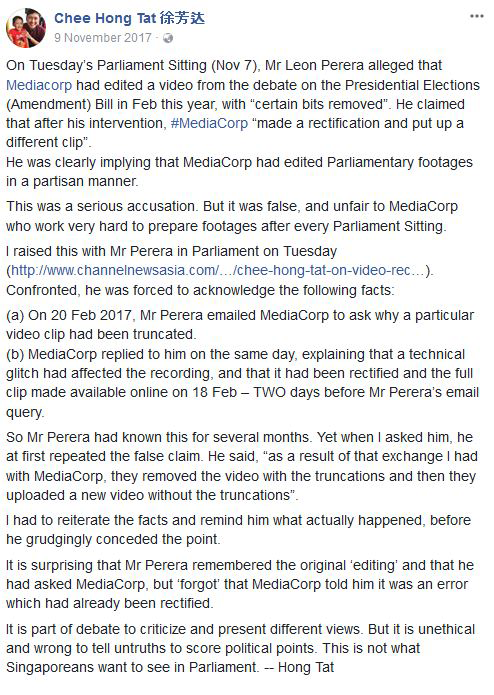 But here’s the tricky part – Perera, when corrected by Chee in parliament, said it (the part about how Mediacorp had corrected the video before his email to them) “could well be the case”.

He also said that he was prepared to accept that fact once he had checked his email archive, and that he had raised the matter to establish whether there was any editing of parliamentary footage.

So, should Leon apologise?

Perhaps – he did make a mistake after all that spurred strong discussion over whether there was censorship of parliamentary debates.

But will he apologise?

He will if he’s a gentleman, since he’s already achieved his aim establishing whether there was any editing of parlimantary footage, and in the process roused the public to demand greater transparency regarding the broadcasting of parliamentary debates.

After all, PAP MPs like Tan Soo Khoon and Sin Boon Ann have apologised for mistaken views they’ve aired in parliament in the past, so it isn’t really a matter about party lines.