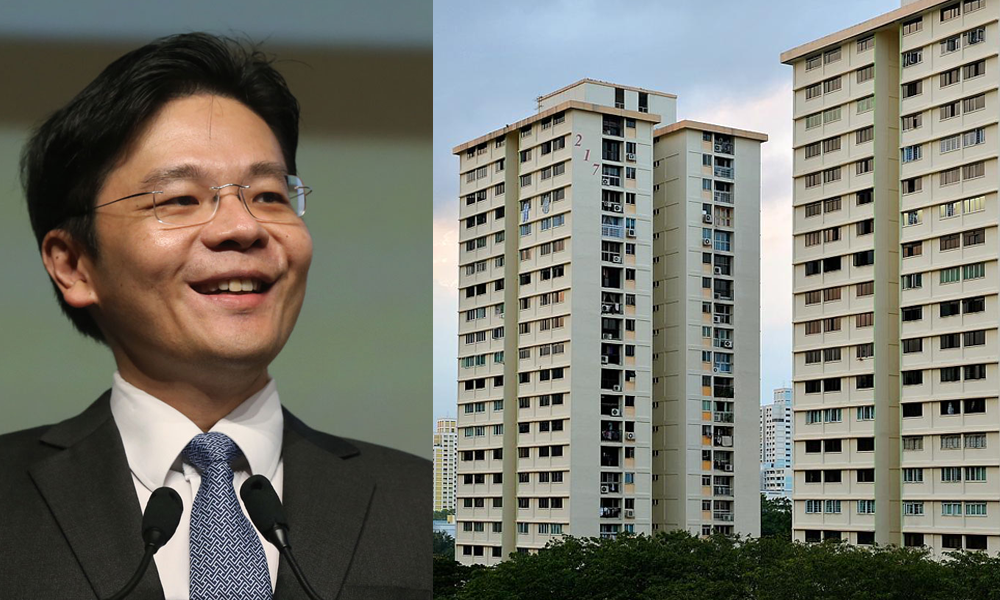 National Development Minister Lawrence Wong said in parliament today that the government has already made it clear that HDB flats will have a 99 years lease, which covers 2 generations and is a “long time”.

Responding to concerns about the impact of HDB flat lease expires, Mr Wong also said that older HDB flats still have value which owners can unlock for retirement.

Mr Wong said that transacted prices of older flats depends not just on length of remaining lease, clearly, but also many other attributes such as location, storey height, and the condition of the flat.

Worry among the Singaporean public is mounting, with many fearing that their HDB flats could be a “ticking time-bomb” – contrary to the government’s mantra for the past 20 years that a HDB flat is a “nest egg”

Just last month, HDB CEO Dr Cheong Koon Hean told Singaporeans to be “prudent” with their spending, and implied that HDB flats are not a store of wealth as their value will dip as their remaining lease lowers.

Mr Wong had also warned Singaporeans last year not to expect that their flats will be selected for en bloc redevelopment, i.e it’ll be worthless at the end of their 99-year lease.

Today, Mr Wong gave the example of 67-year-old Abdul Aziz Haji Hamdan, who owned a 3-room flat in Marsiling with around 60 years remaining on the lease, and moved to a studio apartment in Kampung Admiralty with a 30-year lease.

Mr Wong said that the S$250,000 sales proceeds were more than sufficient to cover the $109,000 purchase price, and provided excess in cash and CPF proceed to add to his retirement savings.

Yet, concerns have already been raised over such “passing of the buck”, in which retirees sell their older HDB flats to fund their retirement.

This would wind up with the next generation of Singaporeans paying high prices for such older HDB flats, only to see their value dip until they become worthless at the end of their lease.