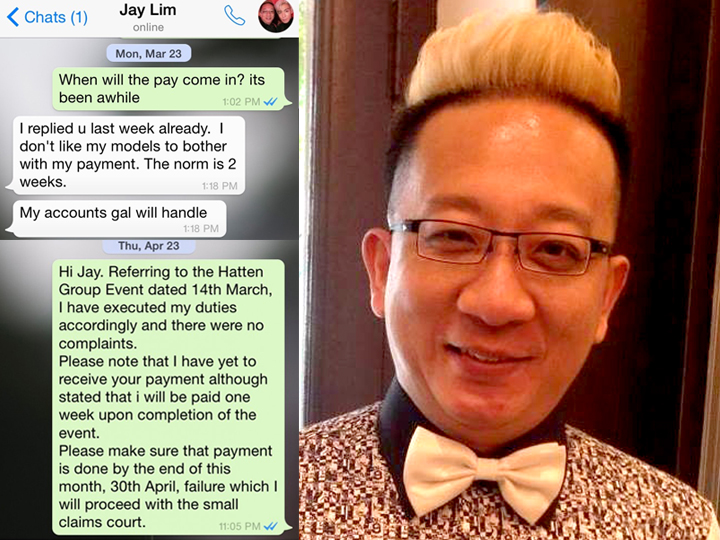 A group of local models have tabled a number of accusations at WoW International Group boss Jaycen Lim, aka Jay Lim.

Amongst them – molest,  withholding their salaries, and pushing them to do nude photo shoots.

One model spoke of how the modelling agency head honcho took the chance to touch her breasts while taking her measurements, and eventually didn’t offer her a job. 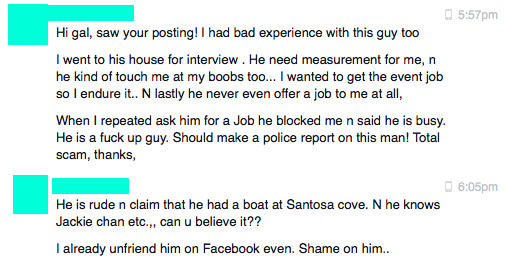 Lim’s “conniving” ways have apparently been going on for some years now.

The issue came to light after a blog post by Shanna Soh, in which she complained that Lim constantly delayed paying her for a hostess job. 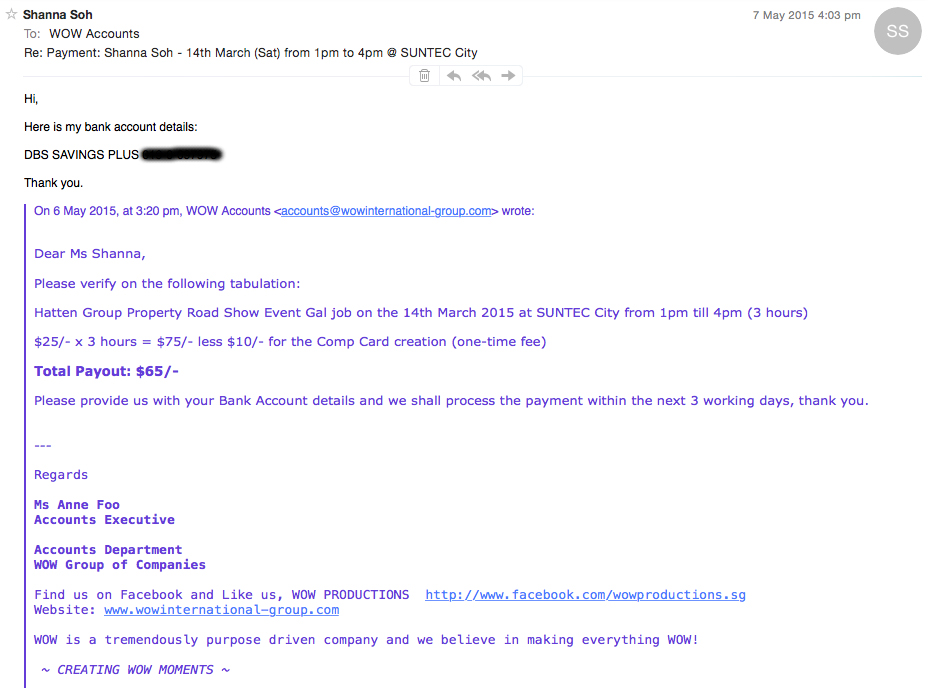 Soh says she was promised a S$75 fee for her services.

She says that not only did that get trimmed by S$10 for the creation of a “Comp Card”, the company also took about a month to pay her salary, despite the promise that wages would be paid within a week. 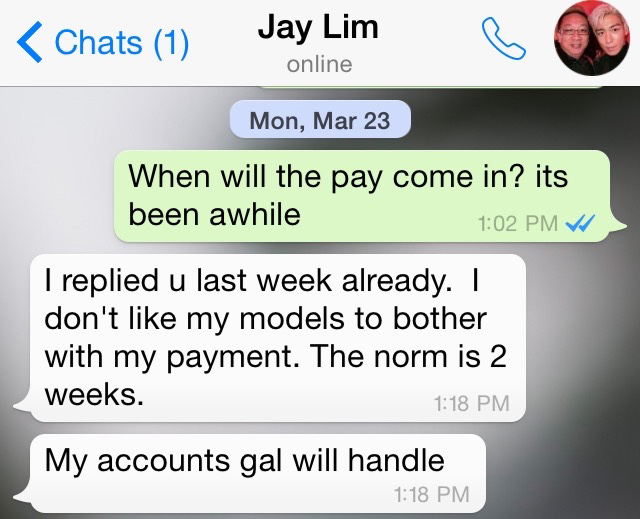 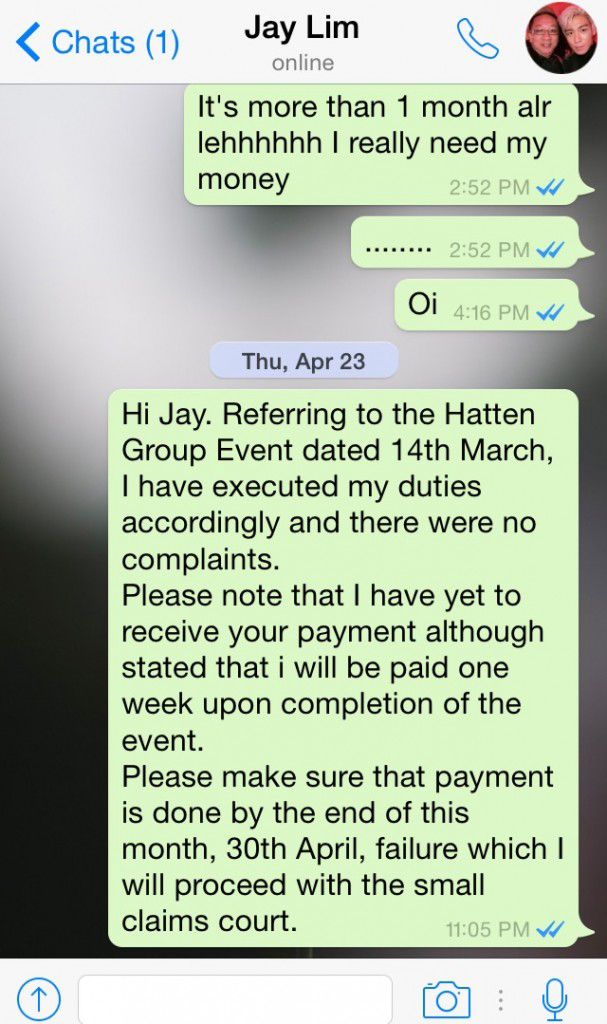 Shanna also uploaded on her blog her conversation with several other models, some of whom claim that Lim pushed to do photo shoots with a photographer which involved nudity. 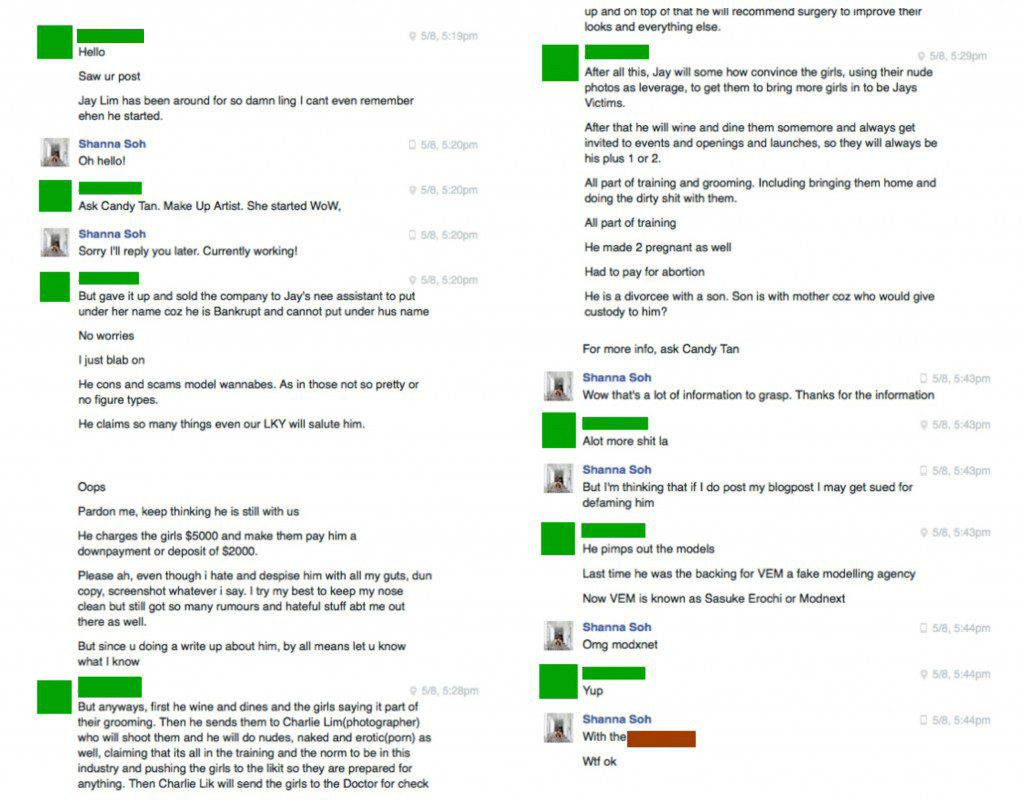 Lim has previously gotten into trouble with authorities for several incidences of misconduct.

His charity organisation, Love Foundation, was banned from collecting funds in 2008, after complaints of misrepresentation.

Lim was also guilty of involvement in JWinner Education, while being an undischarged bankrupt in 2005. 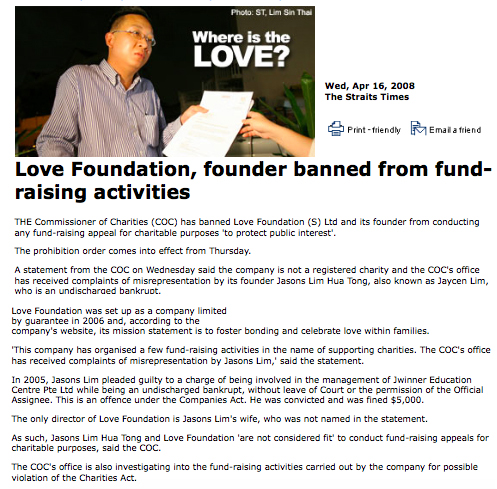