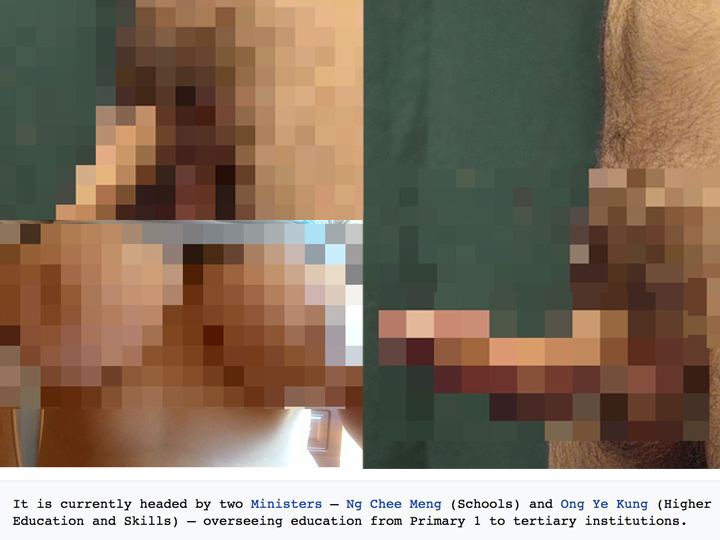 If you’re the kind to browse the Ministry of Education Wikipedia page often, you’d have noticed a something fishy going on at about 4.30am yesterday.

The gif picture appeared under the description of MOE. 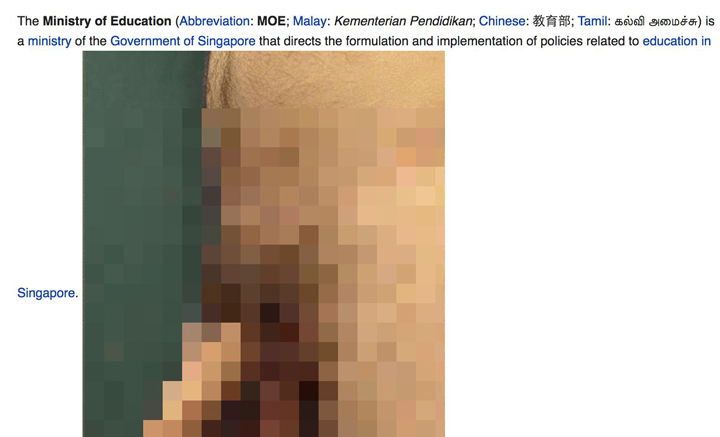 And then, rose up a lot quicker than Singapore’s birth rate. 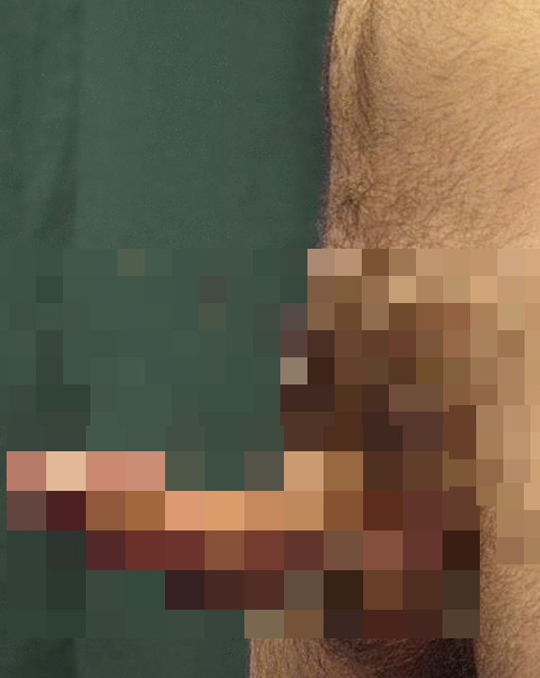 Then, in the part describing our 2 Education Ministers, Ng Chee Meng and Ong Ye Kung, a pair of titties appeared.

No idea what all that was about, but the images were classified by Wikipedia as vandalism and things were back to normal at about 6.30am the same morning.

We’re guessing some cheeky b*stard tried unsuccessfully to insert subliminal messages in the page but failed.

You know, the kind of subliminal messages that subconsciously influence viewers to have more sex in spaces small and large so we can stop closing junior colleges due to low enrolment rates?