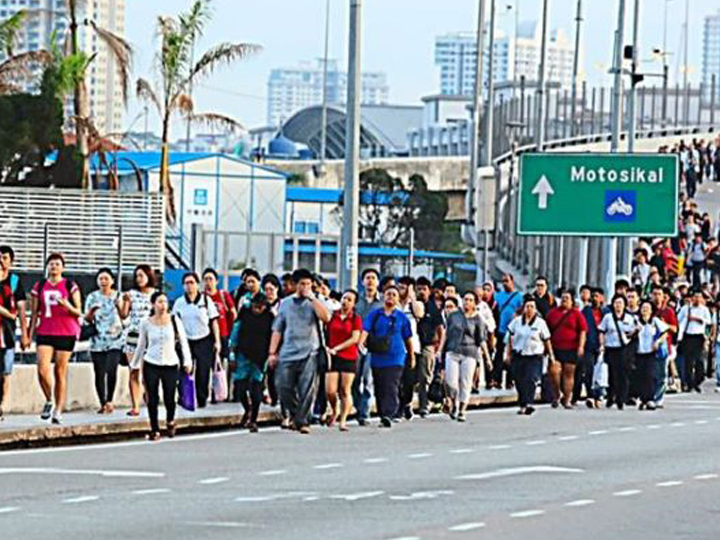 Malaysia has reported its first case of Zika virus.

The Malaysian health ministry says this came about after a 58-year-old woman and her husband travelled to Singapore to visit their daughter.

The couple came to Singapore on 19th Aug, and returned to Malaysia on 21st Aug this year.

Malaysian health authorities received a report of a pateient suspected to have the Zika virus infection earlier today.

Further checks confirmed that the 58-year-old lady woman had contracted the virus.

“The patient started exhibiting symptom of rash on 28th August, and she sought medical attention at a private clinic in Klang on the 30th August 2016. As the patient had traveling history to Singapore and her daughter was confirmed to have Zika virus infection on 30th August 2016, the Private General Practitioner had diagnosed her as “suspected case of Zika”. On the same day, the patient was refered to Sungai Buloh Hospital and the result of the urine PCR (Polymerase Chain Reaction) test on 31st August 2016 was found positive for Zika virus. However, the patient’s blood test result is still pending.

The source of infection is suspected to occur in Singapore since the patient had started experiencing signs of Zika infection on the same day with her daughter in Singapore. The patient’s husband and family members who lived in the same house with her, has yet to show any symptoms of Zika infection. For the period from 21st – 28th August 2016 when the patient was returning from Singapore, she had visited several areas in the district of Klang and Kuala Lumpur.”

Malaysian authorities added that 5 Malaysians living and working in Singaproe have been confirmed to be infected with the Zika virus.

Authorities say they will step up monitoring and preventive activities in all state, especially in the states of Johor and Selangor.