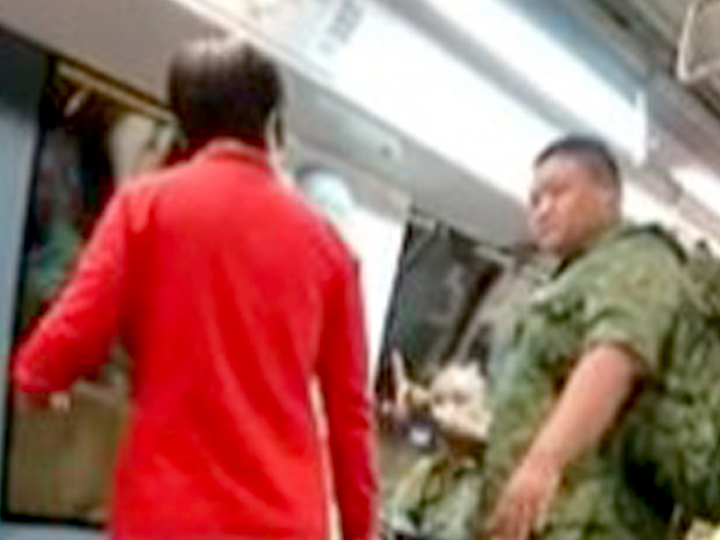 Raised voices and flailing arms, but fortunately, this lady in red and the motorised wheelchair rider she was quarrelling with didn’t come to blows.

The motorised wheelchair rider had boarded the train at Bishan MRT station and was heading in the direction of Dhoby Gaut.

When the train arrived, he rode his motorised wheelchair into the train and reversed into a bay designated for wheelchairs.

An eyewitness said that he made jerking movements and abrupt stops, seemingly to alert other commuters so they could make way for him.

Then, the lady in red told the man that he should not be moving his wheelchair in such a manner.

The wheelchair-bound man reportedly didn’t take the comments in good stride and started scolding the woman.

He was heard saying “settle in the next station” rather loudly.

The wheelchair-bound man then allegedly hit the woman with his wheelchair, and according to the eyewitness, possibly ran over her foot.

The argument between the 2 then got more heated.

A man in army uniform tried to cool things down but apparently met with little success.

The lady in red and motorised wheelchair rider then alighted at Lorong Chuan MRT station, with both saying they wanted to report the incident to station staff.

What happened after that is uncertain, but we do hope that MRT customer service officers there have patient ears!