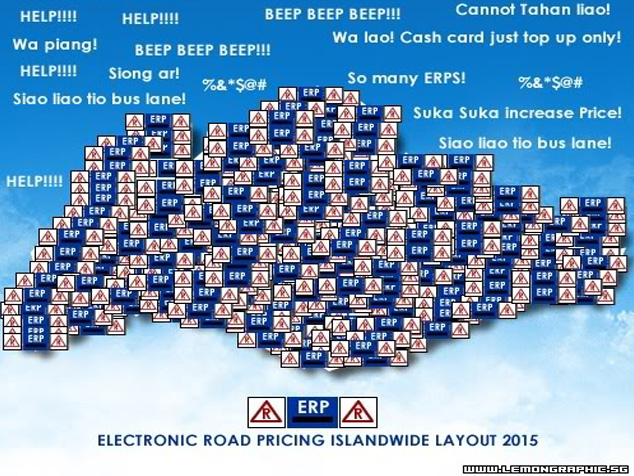 I refer to the 10 Sept 2014 Straits Times report “When ERP rates rise, traffic speed goes up too”.

Singapore’s much vaunted traffic congestion system turns out to be quite unspectacular after all. It doesn’t reduce congestion but merely transfers congestion from one road to another road and ceases to be effective when all roads lead to congestion.

If the optimum speed on arterial roads is 20 km/h to 30 km/hr, then might as well replace cars with electric bicycles or electric scooters?

This letter was written by Ng Kok Lim.
Send us your letters at mail@redwiretimes.com