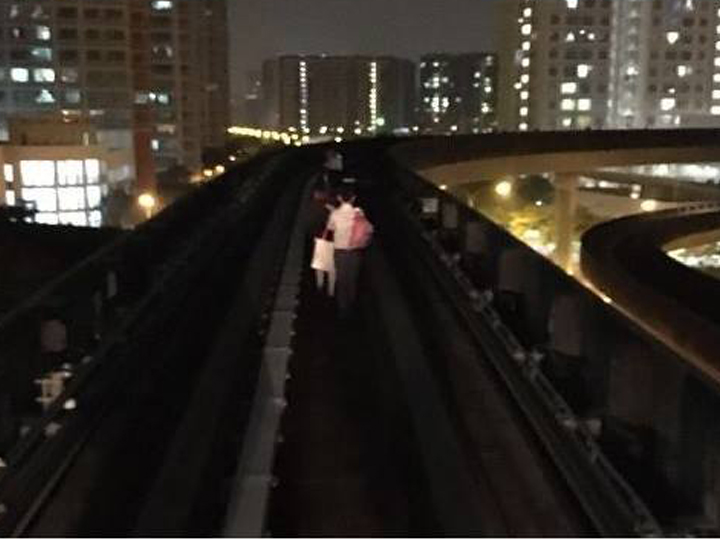 ELSON: Despite the major North-South line breakdown last year, and other breakdowns that have occurred frequently throughout, 91.8 percent of commuters say they are happy with the standard of Singapore’s public transport.

That’s according to a survey from done by the LTA, which recorded the highest satisfaction levels in 5 years.

That’s equivalent to an A1 on the report card already, so what’s the point of train operators trying to find ways to improve their service offerings?

Even if breakdowns continue at such a rate and scale, they’re still going to get an A1, so it’s perfectly alright, isn’t it?

Lights and fans went out, and commuters had to walk about 200m down the track to the train station guided by the moonlight.

But that’s ok, because train operators have received a good report card and know that people won’t mind such a slight inconvenience.

What baffles me is how the LTA managed to obtain such a good result on its survey. What kind of questions was it asking, who was it asking, and how did they calculate the results?

The people I’ve spoken to sure as hell aren’t as please the papers make them out to be, especially with price rising despite breakdowns becoming a new norm.

But if you’re indeed part of the 92 percent that believes that public transport operators should get an A1 report card, then seriously, don’t complain because you had your chance to give your opinion and you fluffed it.