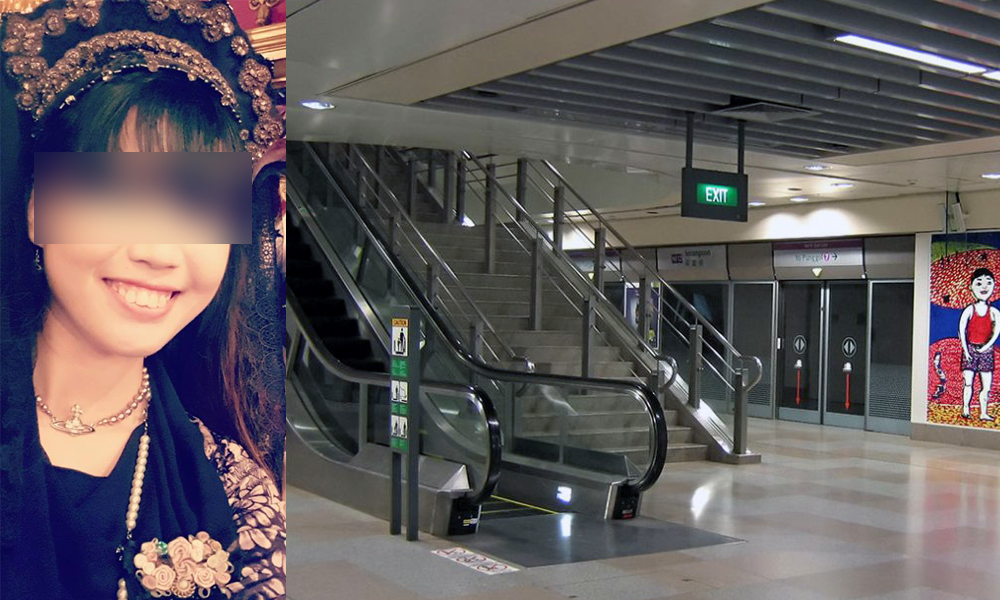 An angry commuter claims she was brazenly molested by a stranger at Serangoon MRT station earlier this week.

Karmen Siew said that she was on the train when she felt a male commuter persistently brush his hand against her.

“So I was on the train. And this fucker next to me brushes his hand against my thigh. I’m like ok. Maybe it was accidental. So I cross my right leg over my left to create space between us. He inches in and intentionally brushes against me. I squeeze my legs into the far corner of the seat, and he inches in and brushes against me again. I stand up and move one seat down.”

Siew said that when she alighted at Serangoon MRT station, the molester groped her when she was on the escalator.

“The bastard actually ran his finger between my butt cheeks, along the line of my private parts.”

Siew said she yelled at the man, who simply walked away while other commuters looked but did nothing to help her.

She said that she received little help from MRT staff on duty.

“I point at the offender, who is not even running, but brisk walking to the gantry, and very loudly exclaim to whomever is listening that he’s a molester. I ask the station master (let’s call him MRT Guy 1) to stop him from exiting, do something. No one at the gantry does anything. MRT Guy 1 obviously doesn’t know what to do. MRT Guy 1 doesn’t chase. He says it’s protocol, since he is the only one at the control station and can’t abandon his post. Fine. Instead goes on the phone – I think he’s getting security – but no he calls the police.”

Siew said that the police officer who spoke to her over the phone said that an officer could only arrive in 30 minutes.

She chose to walk to the nearest police station to lodge a police report instead.

Siew said that she is sharing this story to encourage women to speak up if they are molested, and to urge MRT staff to be more flexible in their duties.

“I just want justice, a change in protocol, training system, staff that actually use their position to help.”