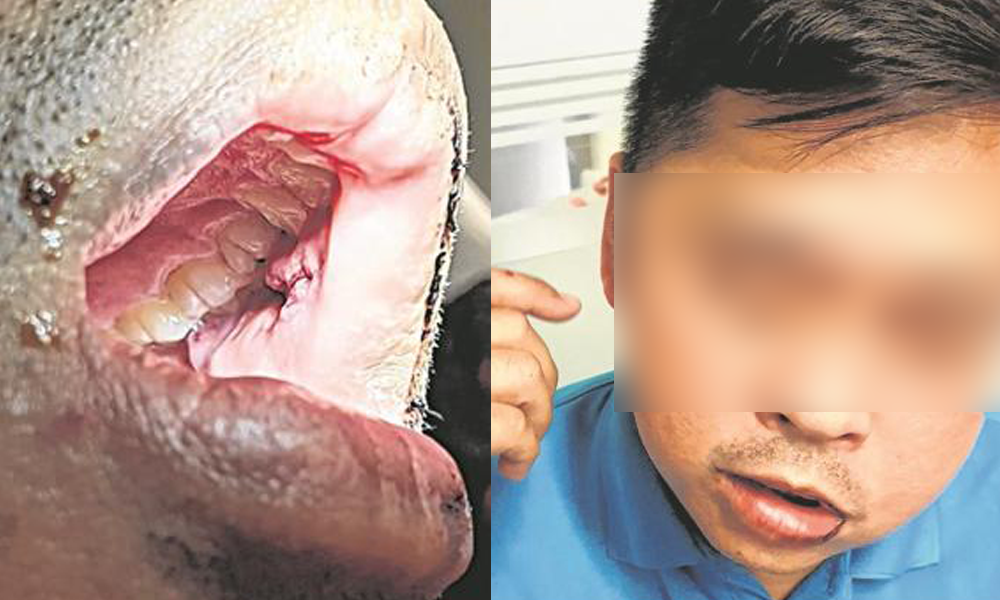 A deliveryman who was on his toilet paper delivery rounds has accused an assistant station manager of Tampines MRT station of punching him in the jaw for speaking in a “rude” manner, and continuing to attack him even as he fainted from the blows.

The incident took place on Monday (5 Nov) at about 1pm.

32-year-old Guo Chao Yang said he arrived at Tampines MRT station and needed to enter the control centre, so he used the intercom to ask for the door to be opened.

“At that time when I used the intercom, my colleague called me on the phone so I was holding a ream of toilet paper in one hand and holding the phone in my other hand. Maybe I sounded quite hurried, but not rude.”

Guo said that the assistant station manager allowed him to enter, then stopped him at the rear of the control centre where there was “no CCTV” and yelled at him, saying “You are very rude. I don’t want to see you again.”

Guo said that he tried to explain the situation, but to no avail.

“I was shocked when I heard that. I tried to explain to him the situation but he suddenly punched me in the jaw.”

Guo said he fell after the punch and felt his lip bleeding.

He claims the assistant station manager continued to rain blows on him while he was lying on the floor until he fainted.

“When I regained consciousness, I told him I was going to call the police. He mocked me and said I had no guts if I called the police.”

Guo did call the police, and also his sister who immediately rushed down to the scene.

His sister said that when she arrived, Guo was being put in an ambulance.

She said that Guo pointed out the assistant station manager who allegedly attacked him, and when she turned to look at him, he gave her the “victory sign”.

Guo and the assistant station manager, who reportedly suffered injuries to  his right hand, were both sent to hospital.

Police have classified the incident as a case of voluntarily causing hurt and are investigating.