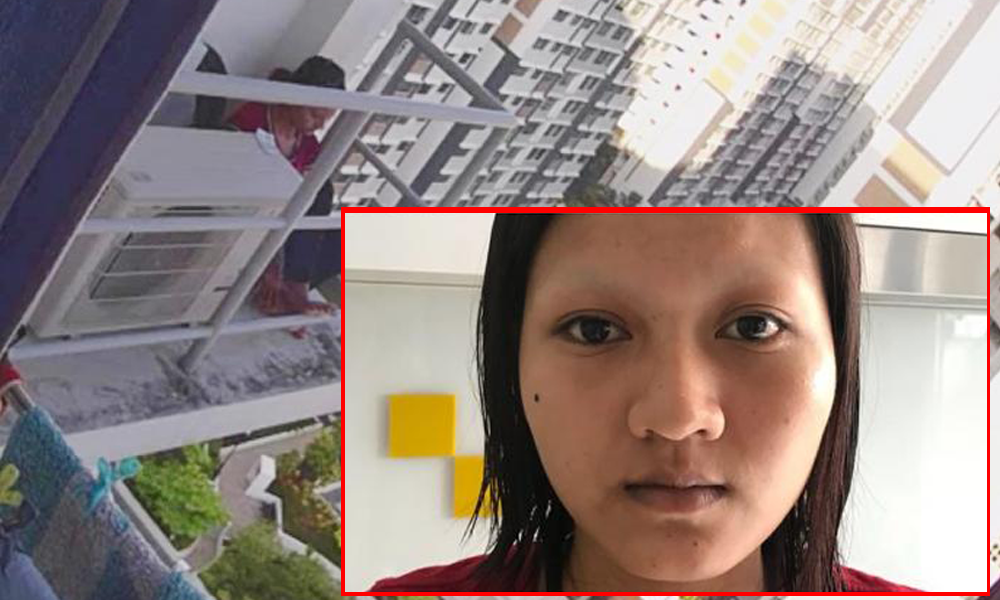 This 27-year-old maid from Myanmar, Thida, almost scared the living hell out of an Ah Ma and her 4-year-old grandson when she made a sudden attempt to end her life.

Thida had been working here for less than a month before the incident, which took place on Saturday (25 Aug).

Her employer, Mr Goh, said that he brought his 4-year-old son and Thida to his mother-in-law’s home in Punggol the night before.

“The next morning, when my son woke up, the maid suddenly said she wanted to hug him. My son has always been a bit scared of the maid so he wouldn’t let her hug him and ran to find his grandmother.”

When Ah Ma walked out of her room, she saw Thida standing at the kitchen window and staring outside from the 15th floor HDB flat unit.

Thida said that she didn’t want to work anymore and wanted to jump off the building.

Ah Ma tried coaxing her out of doing anything rash, and asked her to think of her family.

But, Thida climbed out of the window and perched herself on the parapet where an air-con compressor was placed.

“My mother-on-law called my wife and asked for help, and also informed my sister-in-law who lived nearby to call the police.”

After about 20 minutes of negotiation, she complied and was detained by the police officers.

In one instance, she snapped a feather duster in two for no apparent reason.

Mr Goh said that Thida has been returned to the maid employment agency.

He is planning to hire another maid.

Police investigations into the incident are ongoing.