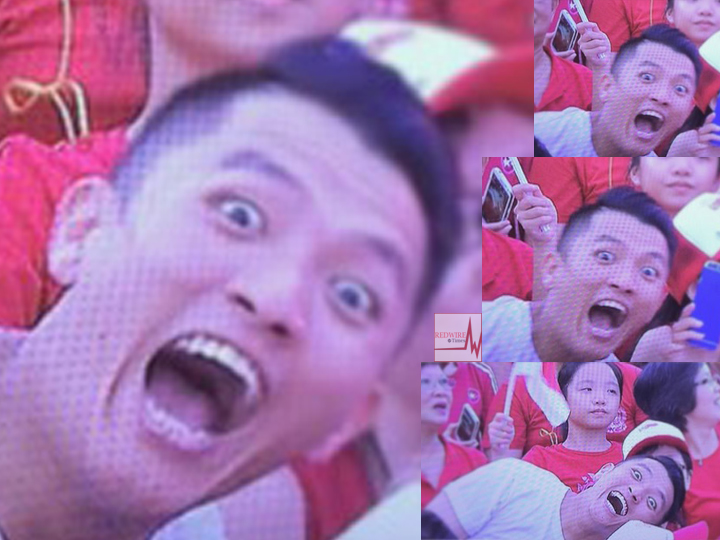 Singaporeans aren’t too happy with this bugger big-eyed antics, judging from the emails Redwire has received.

Eleven people have wrote to us so far criticising the yet-to-be-identified man for pulling faces during the National Day Parade yesterday whenever the spotlight was on him.

The man was captured on camera several times during the live broadcast on the parade, and it seems that every time he knew he was being recorded, he managed to conjure the same “annoying” look.

“Damn irritated by this dude. Almost spoilt my whole national day parade if not for the fireworks.”

“What’s wrong with this guy? Every time he comes on TV, he does some stupid actions. Once is enough, but three, four times is overkill! Feel like digging his eyes out.”

Jean Pek says that the PAP should hire him for the upcoming elections.

“PAP rallies are boring. get this man in, video him and can put up a show that Dr Koh Poh Koon is the most interesting and entertaining speaker ever!”

Redwire does not know who this man is, but we don’t hope to see more of him in the future.